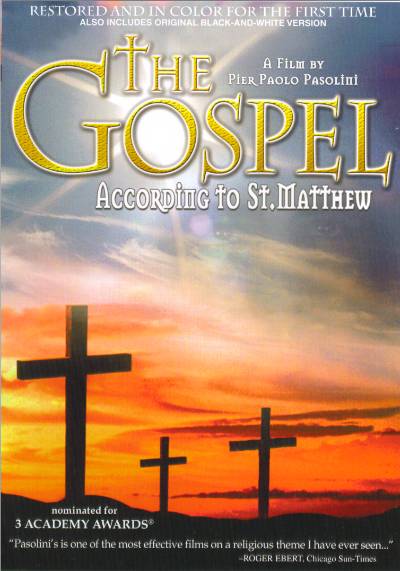 The Gospel According to St. Matthew

Controversial Italian filmmaker Pasolini recounts the life story of Jesus Christ (Irazoqui) in this spare but powerful neorealist drama, shot with no formal script and acted with fervent commitment by a large cast of nonprofessional actors. Even the director’s own mother Susanna appears as the Virgin Mary at the time of Christ's crucifixion.

Marxist, atheist, social critic and homosexual, the great poet-writer Pasolini was full of unorthodox convictions, so it's really no surprise that he chose such a controversial subject to film in his ardently Catholic home country. What's particularly striking is how he makes the life of Christ, memorably enacted by Economics student Irazoqui, feel totally authentic and also relevant to the burning issues of the day. Shot in Southern Italy and dedicated to Vatican II reformer Pope John XXIII, “Gospel” is tense and penetrating, an adaptation of Christ’s life that feels at once psychologically rich and refreshingly unadorned.