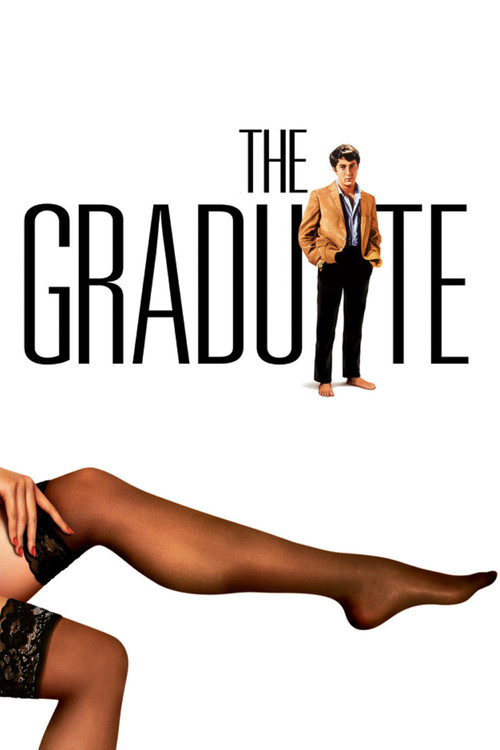 A model son and newly minted college graduate, Ben Braddock (Hoffman) is proudly paraded around his parents' friends, who congratulate him heartily. But inside, Ben feels numb. He soon gets involved with his mother's sexually frustrated best friend, Mrs. Robinson (Bancroft), then creates a combustible chain reaction by falling for her daughter, Elaine (Ross).

One of the signature films of the 1960s, this feature introduced the world to Hoffman and gave Bancroft a racy role she played with marvelous feline cunning. This sublime black comedy transcends its period, speaking to new generations of alienated youth beginning to navigate a discordant, dysfunctional adult world. The supporting cast, including deft character players William Daniels and Murray Hamilton, are note-perfect, and that Simon & Garfunkel score still stirs the soul. A must for repeat viewings.