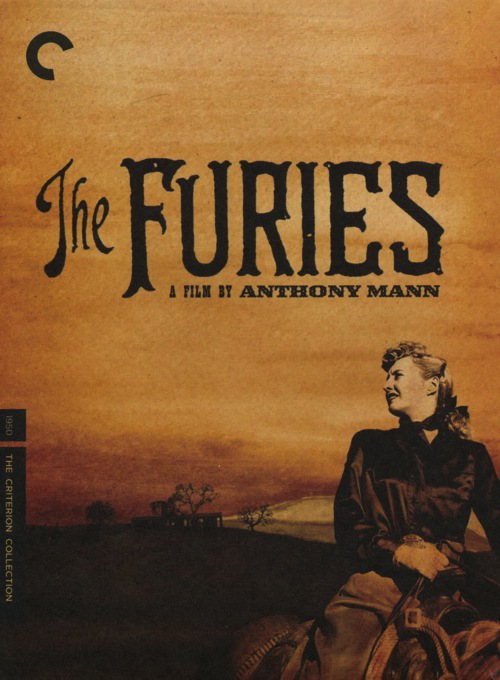 Blustery ranch owner T.C. Jeffords (Huston) intimidates everyone around him, except his fiercely independent daughter, Vance (Stanwyck), with whom he has an intensely close (and stormy) relationship. Her father’s engagement to gold-digging socialite Flo Burnett (Anderson) grates on Vance, and when T.C. moves to undercut her romance with noncommittal gambler Rip Darrow (Corey), she finally explodes.

Dealing with revenge, obsession, racism, and hints of incestuous jealousy, Mann’s dark, psychological Western was a fine showcase for both Stanwyck, here a mix of fiery passion and resolute determination, and the towering, formidable Walter Huston, in his final film appearance. “The Furies” is Shakespearean in its depiction of a father-daughter conflict that curdles into hatred; but there’s a taste of the grotesque, too, namely in a scene involving a well-flung pair of scissors. In the hands of Mann and his volatile leading players, 1870s New Mexico was never quite the same.

The Gang's All Here