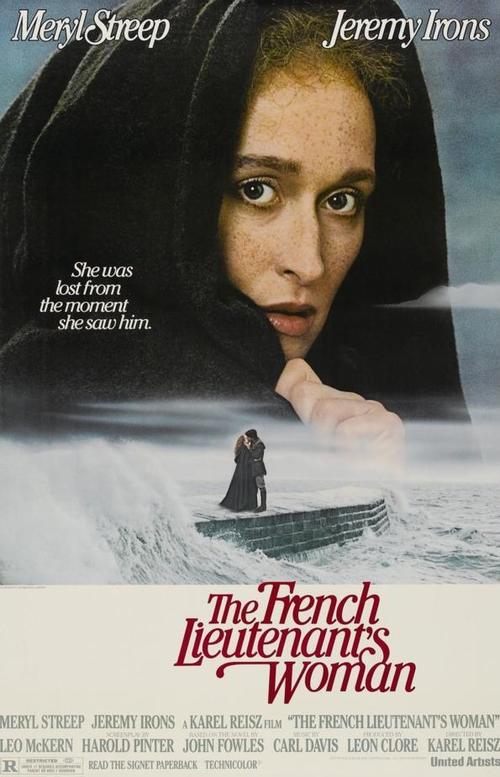 Disgraced by her affair with a French lieutenant, Sara Woodruff (Streep) is regarded as a woman of ill repute in her South Britain seaside village. But Charles Smithson (Irons), the town’s most eligible bachelor, finds himself irresistibly drawn to this mysterious and guarded Victorian lady, even though he’s engaged. As their story plays out, so too does the tale of modern-day actors Anna and Mike, who’re playing the doomed lovers in a film, and tumbling into their own conflicted affair.

In choosing to adapt John Fowles’s complex and epic romance novel, British filmmaker Karel Reisz (“Saturday Night and Sunday Morning”) enlisted the help of dramatist Harold Pinter, who framed the sorrow-laden, 19th-century tale of sexual repression with an intriguing modern story, creating a film-within-a-film structure that reflects the early ’80s milieu. Irons is perfectly cast as the love-bitten English gentleman, and the Oscar-nominated Streep is magnificent in her double role — oozing passion as Sara, and cool precision as Anna. A love story like no other.