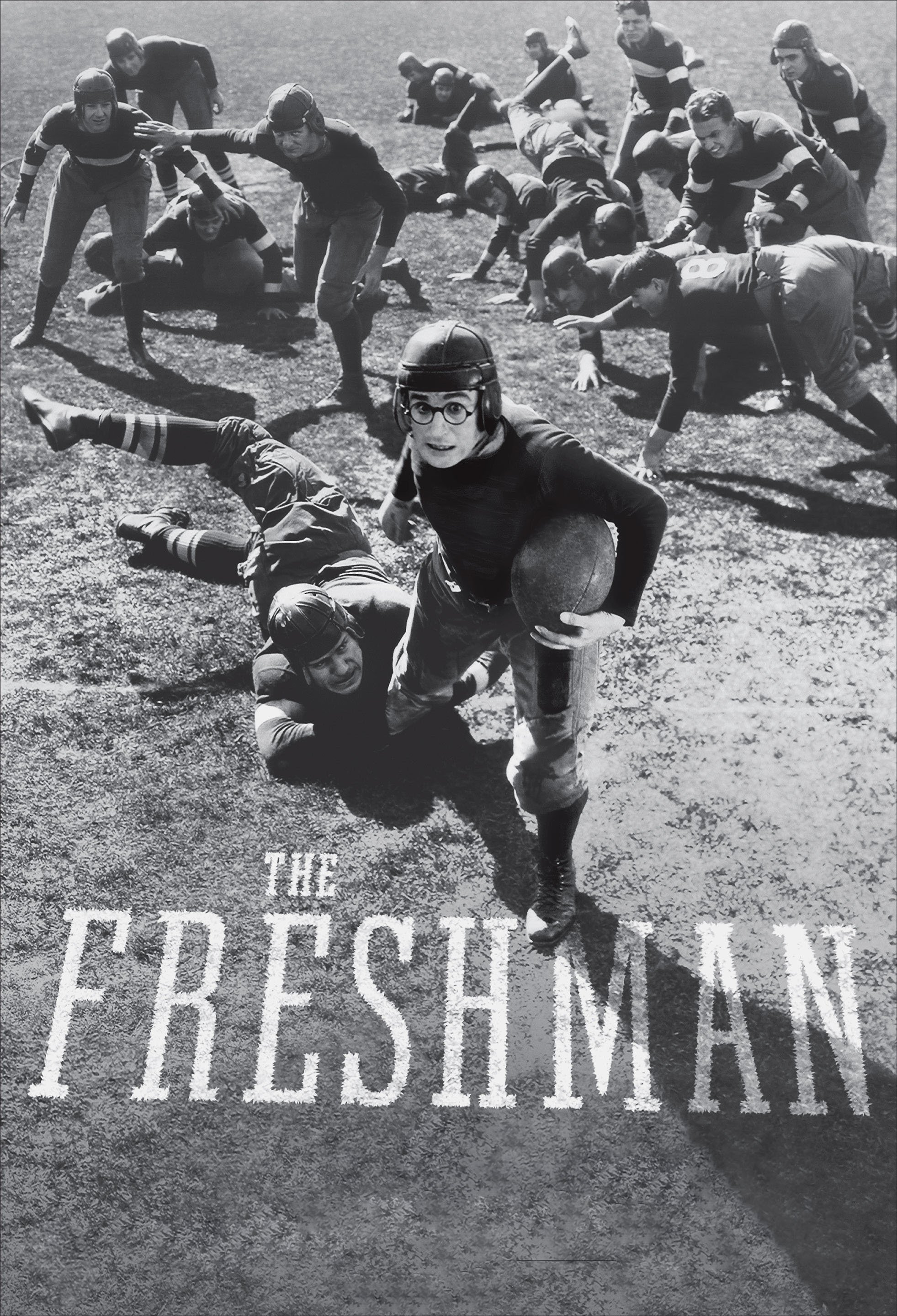 Awkward, nerdy Harold Lamb (Lloyd) is thrilled to be starting his first year at Tate University. Eager to impress, he affects a little jig which he performs whenever he meets someone. Unbeknownst to him, he is singled out by the College Cad (Benedict) as a sap, and becomes the laughing stock of the whole student body. As water-boy on the football team during the “Big Game”, he is at last taken off the bench to play. Harold confronts his one and only chance to impress the cool kids as well as Peggy (Ralston), the pretty daughter of his landlady.

This comedy classic builds on Lloyd’s persona as a bespectacled, earnest chump who ultimately triumphs. More story-driven and less stunt heavy than 1923’s “Safety Last”, it’s still full of priceless comic moments: the “Fall Frolic” dance sequence is a particular highlight, where Harold’s hastily sewn tuxedo falls apart as he dances, and his tailor is actually on hand, working furiously to patch it up. Credited as the first football movie ever made, producer Lloyd inaugurates the sports underdog character in the hilarious, rousing finale on the gridiron. This was Lloyd’s most successful film of the twenties, and remains one of his most enduring.

The Friends of Eddie Coyle