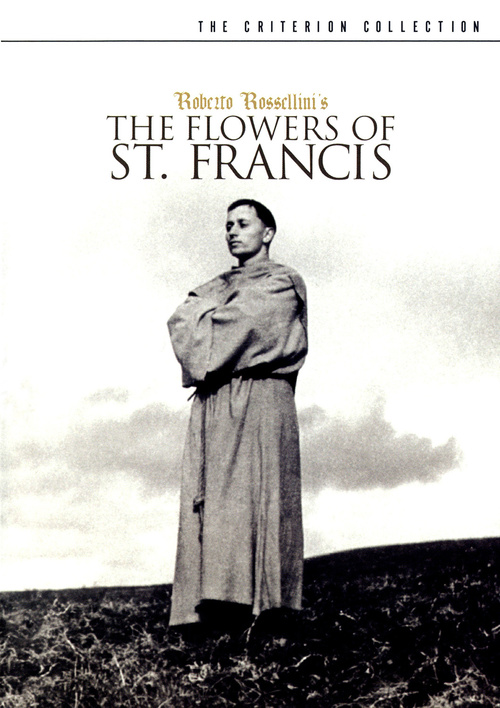 The Flowers of St. Francis

Arriving at the ruins of a chapel in Umbria, Brother Francis of Assisi (Gerardi) and his disciples set out to reconstruct the church and minister to the local populace through charity. One brother, naïve Ginepro, takes the pledge to do good works almost too literally, and soon a fateful encounter with a ruthless tyrant (Fabrizi) will test his faith.

Alighting on various episodes in the life of St. Francis and tracing his efforts to found a spiritual order based on selfless acts of service, Rossellini's magnificent "Flowers" is an object lesson in the sublime beauty and profound grace of minimalism. Starring real-life Franciscan monks, the film engages with themes of compassion and humility in the context of a community in the making. But instead of grand plot devices, Rossellini and his co-writer, Federico Fellini (!), capture the monks striving to live in harmony with nature and their fellow men with a suite of simple yet expressive gestures, shots of eyes, hands, and beatific faces, and joyful sprinklings of gentle humor.

The Fog of War