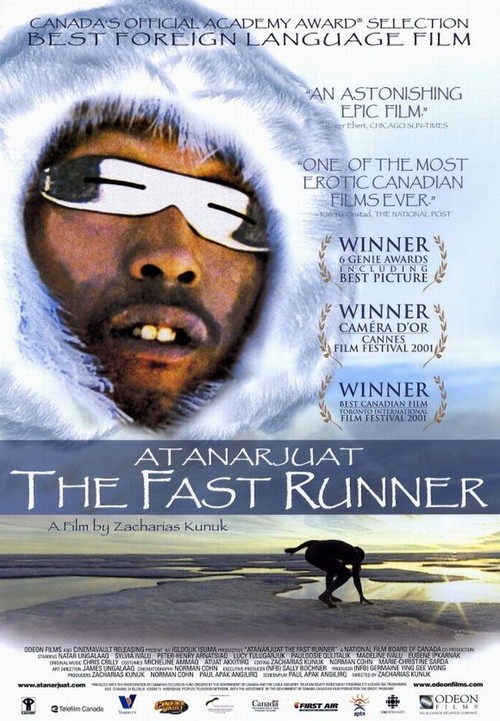 Centuries ago, in the Arctic village of Igloolik, an evil force descends upon Inuit dwellers in the guise of a demonic shaman. In the shadow of this misfortune, charismatic hunter Atanarjuat (Ungalaaq) falls in love with earthy Atuat (Ivalu), though she's been promised to brutish Oki (Arnatsiaq), son of a camp elder. Oki battles Atanarjuat for her hand and loses — but instead of letting the wedded lovers live in peace, he slowly plans his revenge.

An Arctic epic about love, jealousy, and murderous revenge, Kunuk's "Runner" concerns the fateful rivalry between two Inuit tribesmen; the story is based on an actual fable handed down by word of mouth for centuries in Inuit culture. Filmed with an all-Inuit cast and crew in the farthest northern regions of Canada, this film is beautifully photographed, superbly acted, and riveting throughout. Importantly, it's also faithful to the real-life customs of the people it portrays: we see a brutal headbutting match, raw seal-meat-eating feasts, and one stunning 10-minute shot of Ungalaaq running naked-in real time-across a frozen lake. This fresh, compelling, artfully composed movie is every bit as absorbing as a classical Greek myth.