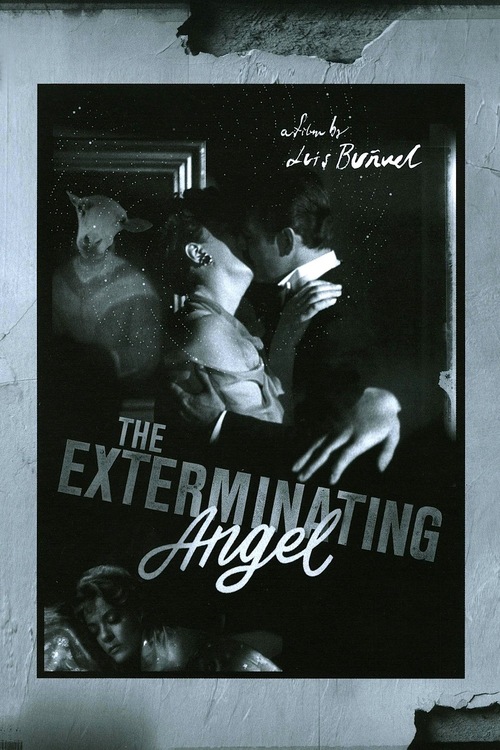 A group of snobbish, well-appointed cosmopolitan types, including Letitia (Pinal), Alicia (Andere), and Leandro (Baviera), arrive for a post-opera dinner party in formal dress. When they retire to the drawing room after their feast, the guests realize the servants have vanished and come to believe they are trapped inside, prompting an absurd and savage pageant of survival of the fittest, where civility has no place.

Buñuel’s archly funny satire of bourgeois mores finds a group of upper-crust socialites engaging in hilariously unbecoming behavior. Unable to find the clearly accessible exit, they resort to smashing pipes for water, fighting over grisly mutton bones, and appealing to mystical rituals, Masonic as well as Catholic, to combat their powerlessness. The point of Buñuel’s perverse comedy, of course, is to lampoon the clueless self-regard of the elite classes he so often targets in his provocative films. This “Angel” lays waste to the hypocrisies of privilege with surrealistic glee.