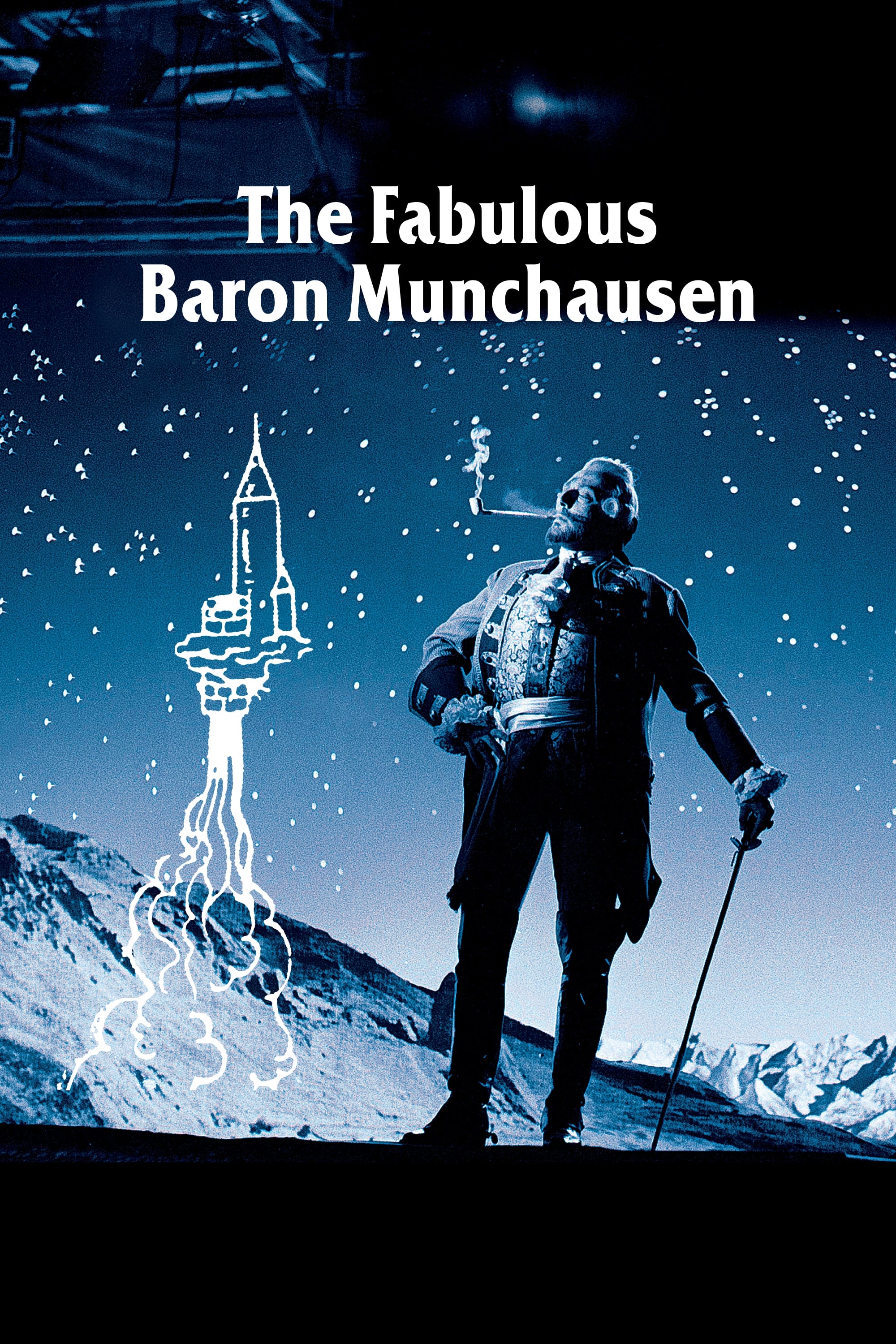 Cosmonaut Tonik (Jelinek) lands on the moon, and encounters the exuberant Baron Munchausen (Kopecky), who appears transplanted from the late eighteenth century. Assuming Tonik to be a local resident, he offers to take him to Earth for a tour, and some grand adventures ensue. Tonik proceeds to follow his guide everywhere, from the depth of the sea to the lair of a sultan who is holding beautiful Princess Bianca (Brejchova) against her will. Tonik is quickly smitten. Now the men must help her escape.

Any plot considerations take a back seat to Zeman’s astonishing visual ingenuity, as he blends live action and animation to create a gloriously trippy, over-the top fantasy. His work on this Czech film, a bona fide crossover hit from behind the Iron Curtain, has influenced countless filmmakers since, including Tim Burton, Jan Svankmajer, and Terry Gilliam (who remade the story 25 years later). In today’s digital age, its low-tech, handmade feel works to its advantage, and the film’s charm and sheer inventiveness still make it soar six decades after its original release. This “Baron” is fabulous indeed!

The Face of Another