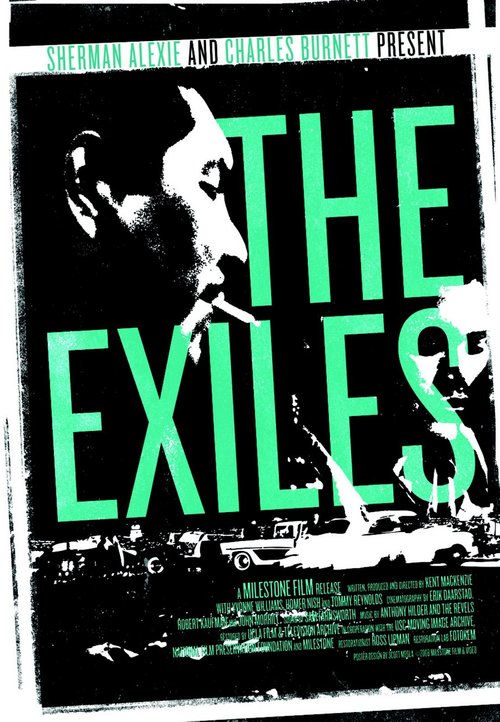 Self-exiled from Native American reservations in the Southwest, a group of young friends — sullen Homer Nish, his pregnant girlfriend Yvonne, and Mexican acquaintance Tommy, among others — rumble around the Bunker Hill district in early '60s Los Angeles, looking for kicks. Behind all their concerted attempts at recreation lies an undercurrent of aimlessness and desperation.

This no-nonsense, starkly realistic film by Kent Mackenzie debuted at the Venice Film Festival in 1961 to great acclaim and then mysteriously vanished into obscurity, until a recent DVD reissue put it back on the map. Forged in the same rambling, restless visual style as the early French New Wave or British kitchen-sink dramas, “The Exiles” trails a few Indian youths hanging out and roaming around late-night Los Angeles. As they wander from a cramped apartment to bars, bodegas, and parties, each has a chance to narrate their adventure, giving voice to the ennui and yearning of on-the-cusp adults with no firm footing in the world of the reservation nor modern urban society. Certainly no saints, Homer, Yvonne, and Tommy (all essentially play themselves) are nevertheless fascinating to watch and easy to empathize with. A low-budget masterpiece of visionary filmmaking, that ends on a primal-drum-beat grace note.