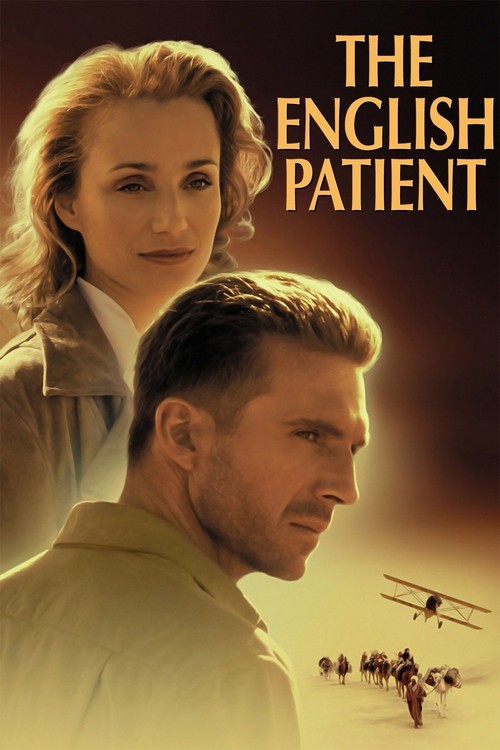 As World War II draws to a close, French-Canadian war nurse Hana (Binoche) cares for a dying burn victim (Fiennes) in a crumbling Italian monastery. Soon they are joined by the mysterious Caravaggio (Dafoe) and Kip (Andrews), a Sikh bomb defuser working for the British. The English patient claims to have amnesia, but Caravaggio reveals him to be Count Laszlo de Almasy, an archeologist who'd been part of a crew charting the Sahara Desert in the 1930s. Through flashbacks, we learn that when British couple Geoffrey and Katharine Clifton (Firth and Thomas) joined the exploration party, Almasy and Katharine had an affair that upended their lives. Almasy's story of passion, betrayal, and loss moves Hana and Caravaggio, offering the promise of redemption for their wounded souls.

Richly evocative and altogether superb, "The English Patient" functions seamlessly as both love story and rousing adventure. Epic in sweep and visually sumptuous, John Seales's stunning cinematography provides a breathtaking sense of time and place. All the central players are outstanding, though Binoche stands out as the luminous Hana. This was an unabashed triumph for Minghella, who among the film's nine Oscar wins, took home three himself — for Picture, Direction, and Screenplay. This is one "Patient" we're adding to the critical list: it's critical you see it!

The Enigma of Kaspar Hauser