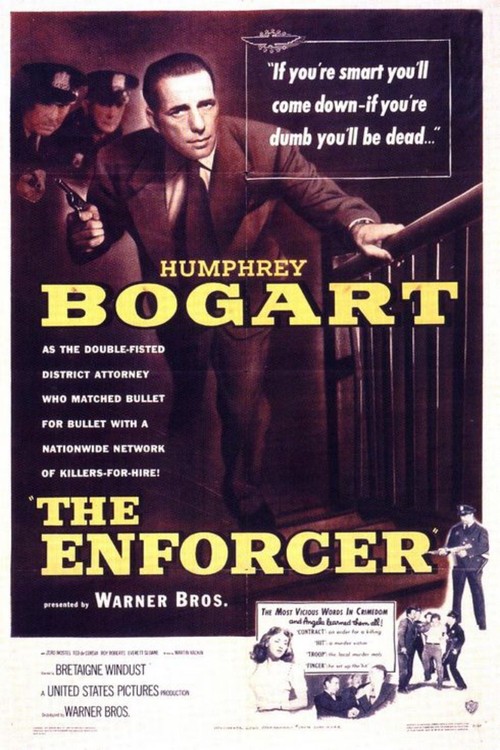 District attorney Marty Ferguson (Bogart) wants to put Albert Mendoza (Sloane), a conniving racketeer, behind bars and out of the hire-a-killer business. But on the evening before his big day in court, Ferguson’s sole witness winds up dead. Now he’s got to race against the clock to find the last person alive who can finger Mendoza for a long-ago murder.

What begins as a standard-issue B-movie thriller — oily criminal, determined lawman, dead witness — breaks out of boilerplate with its challenging multiple-flashback structure and a story pacing that was unusual for the time (Sloane, the film’s villain, doesn’t appear until the halfway mark). Peopled with a who’s who of great character actors in small roles, including Jack Lambert as a clinically insane hit man and the pop-eyed Zero Mostel as a callow hood, “The Enforcer” soars thanks to Bogie’s sterling turn as a DA. Based on actual court cases, this moody, ultra-violent noir isn’t Bogie’s best-known film, but it certainly deserves a new look from fans and noir lovers.