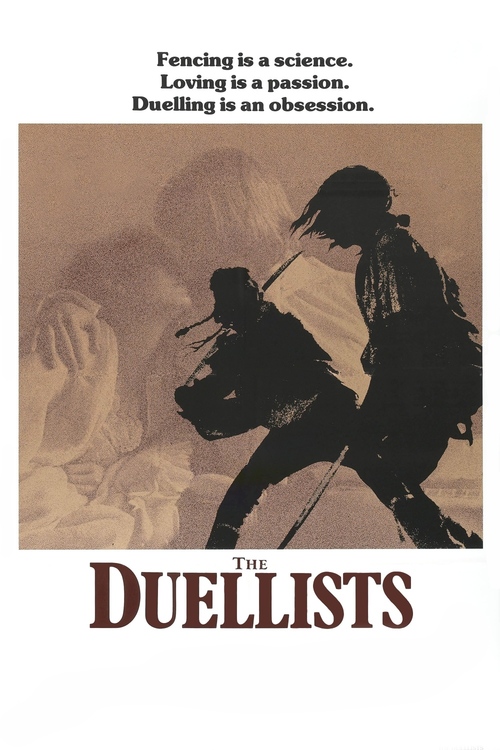 In the heat of the Napoleonic campaigns, officer D'Hubert (Carradine) is ordered to seek out serial duelist Feraud (Keitel) and place him under house arrest for skewering the local mayor's son. When the mercurial Feraud throws down the gauntlet, D'Hubert has no recourse but to accept the duel, but the two men are so well-matched that neither can finish the other off. Feraud's challenge then recurs anytime the two soldiers cross paths over the ensuing years.

In director Ridley Scott's directorial debut, based on a Joseph Conrad story, we follow the intertwining lives of two French officers, one intent on killing the other via the "honorable" custom of dueling. This ravishing, atmospheric film rises above the unusual casting of two dyed-in-the-wool American actors, buoyed by stunning cinematography and excellent support from British players Albert Finney, Edward Fox, and Tom Conti. Among the two leads, Keitel wins top laurels, as he imbues his Feraud with a truly frightening malevolence. Yet overall, the real star here is Scott's sumptuous filming style, which won him the "Best First Work" Award at Cannes.