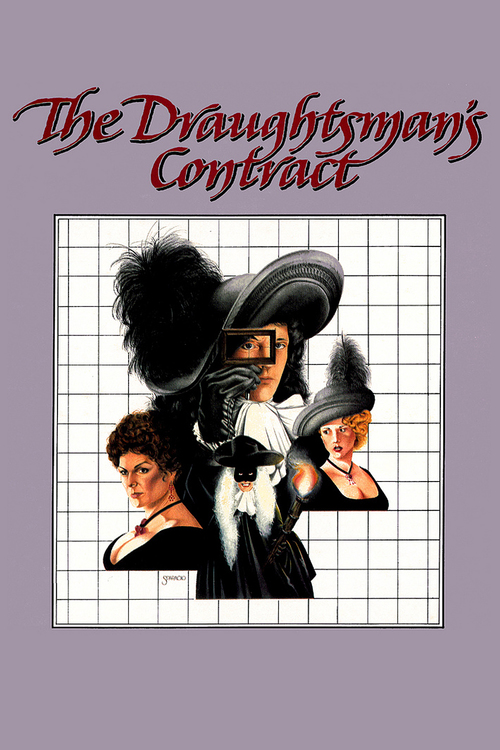 In 17th century Britain, Mrs. Herbert (Suzman), the wife of a wealthy landowner, commissions a draughtsman, Mr. Neville (Higgins), to complete twelve drawings of her husband's country estate. Neville is unwilling, but is eventually persuaded by Mrs. Herbert and her unusual offer of sexual recompense. With Mr. Herbert away on business, Mr. Neville devotes himself to the task. Mrs. Herbert's daughter, Mrs. Talmann (Lambert), also enters into a sexual contract with the artist. When Mr. Herbert's absence is deemed suspicious, Neville's drawings are found to contain possible clues to his murder.

Writer/director Greenaway's first feature film reflects his painterly eye and extravagant sense of fun. He stages his scenes like paintings, with specific reference to Caravaggio and other baroque masters, his camera barely moving and his actors inhabiting the frame like still life subjects. But this sensual murder mystery can hardly be described as static. There's a saucy dexterity to the script, which the accomplished cast delivers with a fine comedic touch. Elaborate costumes and sets only add to the discreet sexiness. Borrowing heavily from Purcell, composer Michael Nyman's musical flourishes also help reinforce the period atmosphere. While that living statue spying on the aristocrats is a bit of a puzzler, it's really not out-of-place, as this enigmatic cinematic riddle revels in arty cleverness and visual enchantment.

The Dreamlife of Angels