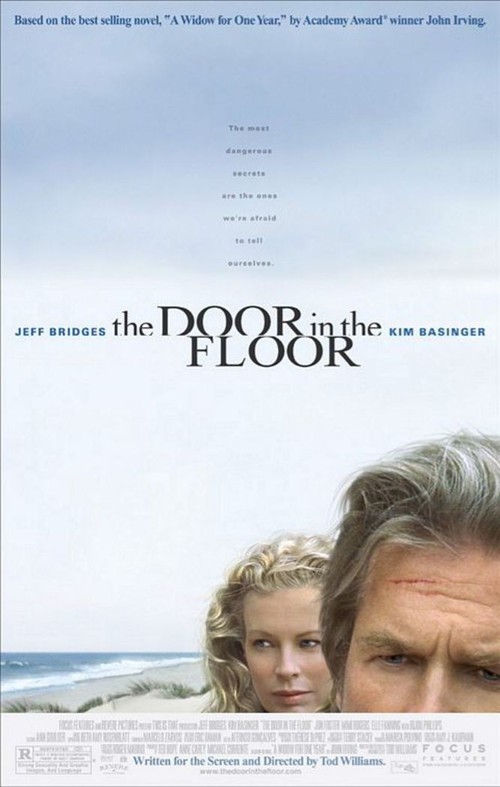 The Door in the Floor

Ted and Marion Cole (Bridges and Basinger) seem to have everything, with Ted a successful children's book author, and Marion a still-beautiful mother of three. But when their two teenage sons are killed, Ted and Marion retreat within themselves. The fault lines widen when Ted recruits a summer intern named Eddie (Foster), who's largely oblivious to all the upheaval, but irresistibly drawn to the alluring Marion.

This penetrating study of human melancholy, adapted from John Irving's novel, is most notable for Bridges' Oscar-worthy turn as Ted, who conveys egotism and wisdom, regret and vulnerability, without us ever hearing the gears shift. Ted is an aging poster boy for the pitfalls of brilliance and success, exacerbated by a permanent sadness which slowly eats away at him. Ultimately, "Door" delivers a powerful, unflinching portrait of two people dealing in their own way with the consequences of inconsolable grief.