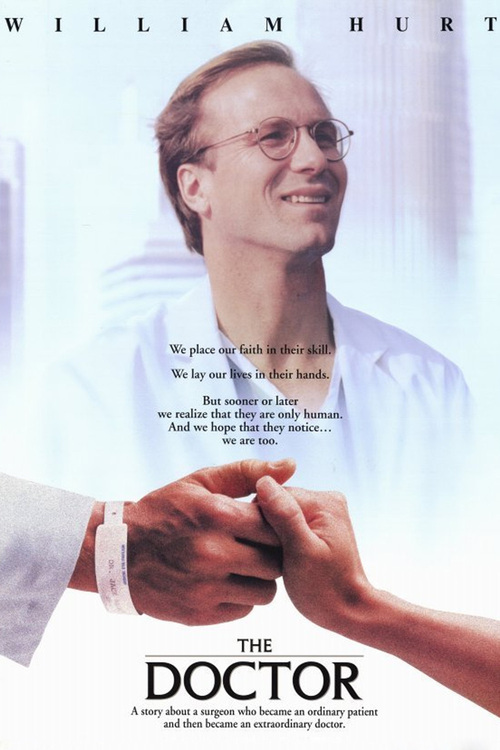 Despite his acknowledged talent as a surgeon and without his even realizing it, Dr. Jack McKee (Hurt) has become jaded and desensitized to others' pain, unwilling or unable to see the humanity in his patients. Then, suddenly, Jack gets diagnosed with throat cancer and finds himself on the other side of the doctor-patient divide. Humbled by his own vulnerability and feeling first-hand the callousness of a medical system he was part of, Jack must reassess his life to-date. With the help of June (Perkins), a terminally ill woman who faces her final chapter with grace and acceptance, Jack finally starts learning how to live.

Based on a true story, what, in other hands, could have been the stuff of gooey soap operas, here becomes a compelling, often touching drama, thanks to a clever script and director Haines's measured approach to the material. The film's healing powers also come from its talented cast. Beyond solid turns from "Chicago Hope" veterans Lahti and Patinkin, Perkins is effectively restrained as a dying patient with some final wisdom to share. Still, the movie really belongs to Hurt, who brings off a tricky portrayal of a self-involved doctor who gradually rediscovers his best self in the midst of illness and struggle. This under-appreciated film is good for what ails you.

The Door in the Floor