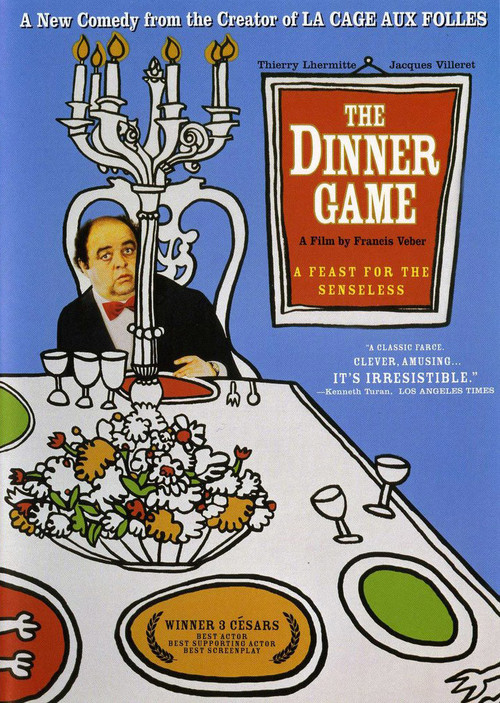 Every Wednesday night, Parisian publisher Pierre Brochant (Lhermitte) and his circle of elite friends compete to see who can bring the nerdiest, most idiotic guest to dinner; the catch being, of course, that the dunce must have no clue why he's been invited. Pierre is in for a huge surprise, however, when he endures an evening with bug-eyed tax collector Monsieur Pignon (Villeret), a world-class blunderer who only wants to help "fix" his host's messy marital life.

This crackling, uproarious, urban farce playfully advances the notion that idiocy is far superior to arrogance. Adapted from a popular stage play, the film's plot hinges on a series of increasingly ridiculous mishaps (a back injury, ill-advised phone calls) in which the well-meaning Pignon — a lonely obsessive who crafts matchstick models of famous monuments — inadvertently makes Pierre's personal affairs hellishly complex. Diminutive French actor Villeret, who acted the part on the stage, is an endearing boob, playing beautifully off Lhermitte's handsome, patronizing cad. Hilarious and fun, "The Dinner Game" is an irresistible ode to the dimwit in all of us.