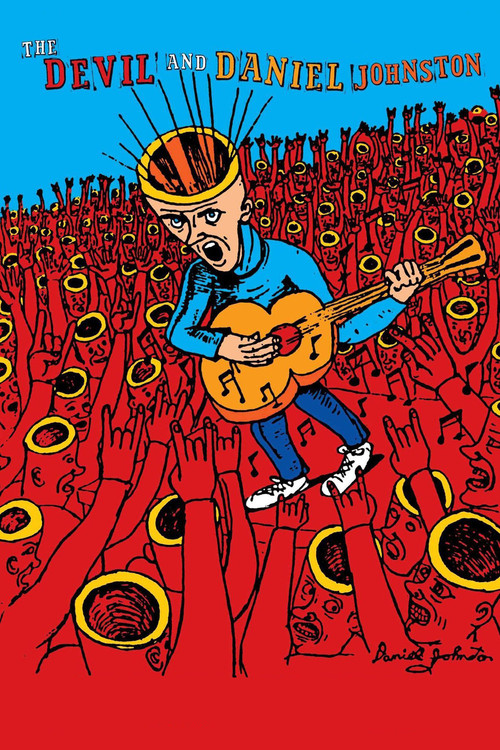 The Devil and Daniel Johnston

This heartrending portrait of the talented but tortured cult songwriter Daniel Johnston trails the Austin troubador from his childhood in a strict Christian home to his eventual fame as a muse to alternative rockers like Kurt Cobain. Along with interviews, testimonials, and third-party anecdotes about the LSD-dropping episode that led to his first psychotic break, we glimpse the ravaging effects of Johnston's bipolar disorder on his artistry and frighteningly fragile psyche.

Feuerzeig's riveting, always fascinating look at this volatile, self-taught wunderkind is as heartbreaking as it is inspiring. From an early age, we discover, Johnston kept confessional audio and video diaries of his life, and the director uses these to fill out the portrait of his likably out-there subject. Surging with fire-and-brimstone paranoia inculcated from his Bible-thumping parents, Johnston is both childlike and unremittingly self-destructive – and downright fearsome when he's off his medications. Yet his music is charmingly twisted and often near-brilliant. Ultimately, "Devil" is a compassionate look at the addled soul of a truly gifted outsider artist.

The Devil and Miss Jones