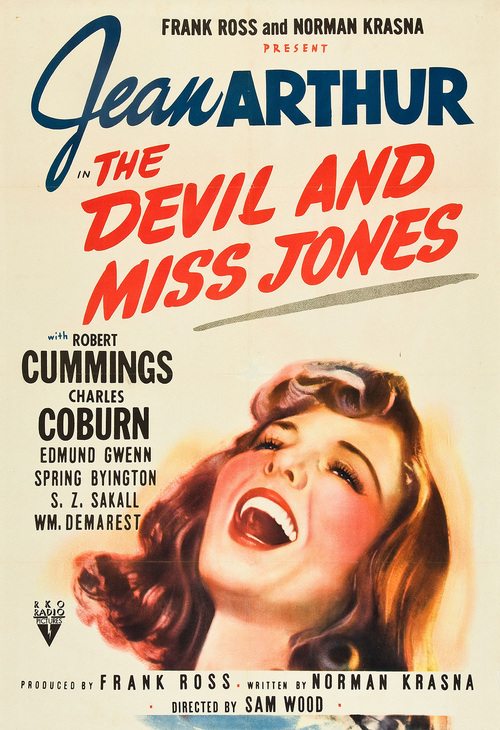 The Devil and Miss Jones

Reclusive tycoon J.P. Merrick (Coburn) is the richest man in the world. Among his many business interests is the department store, Neeley’s, in New York City. The employees there are attempting to unionize, so Merrick goes undercover as a poor shoe-salesman to root out the bad seeds. Instead, he meets some model employees: the young, upbeat Mary (Arthur) and the lovely Elizabeth (Byington). Incredibly, he even grows close to Mary’s beau — the chief agitator, Joe (Cummings). Will Merrick’s softening heart overcome his hard-wired business acumen?

The first of three films to feature Arthur and Coburn, this witty romp is full of warm chemistry and snappy repartee. The “socially conscious comedy” was a popular genre at the time, and the delightful, Oscar-nominated script by Norman Krasna manages to be both playful and incisive. Coburn also received an Oscar-nod for his sterling performance as the crotchety businessman who finds unexpected love, and a new, more enlightened understanding of common folk. But the entire project would fall flat without the airy, effervescent presence of Arthur, who elevates the production with her beguiling charm and comedic gifts. This “Miss Jones” is an angel!