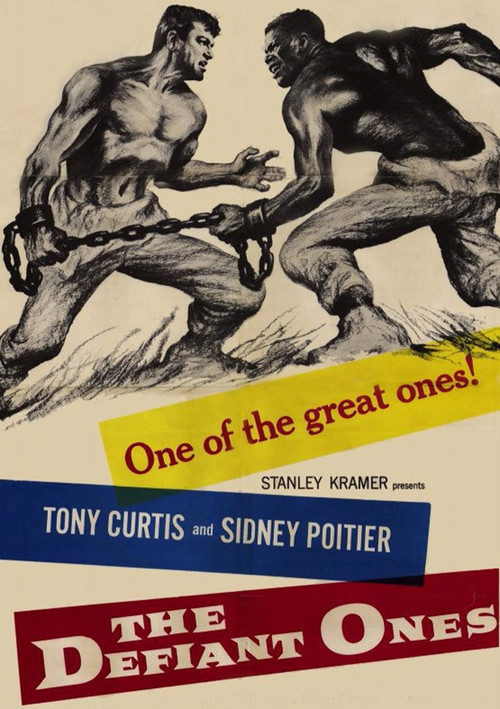 When convicts John "Joker" Jackson (Curtis) and Noah Cullen (Poitier) escape a chain gang manacled together, they must put aside their mutual antipathy. Jackson's an uneducated Southern bigot who doesn't hide his contempt for Cullen, while Cullen exhibits his own well-earned hatred of "crackers." Still, given the circumstances, they must rely on their combined resources to survive.

Another of maverick producer/director Kramer's consciousness-raising social films, this tale proved a potent metaphor for race relations in 1958. Virtually simultaneous with the rise of the civil-rights movement, this progressive adventure eloquently presented the case for racial harmony in the story of a gutsy prison-break film. Poitier — who, at age 30, was set to go where no black actor had gone before — more than holds his own with Curtis, then a big star, who plays the despicable "Joker" to perfection.