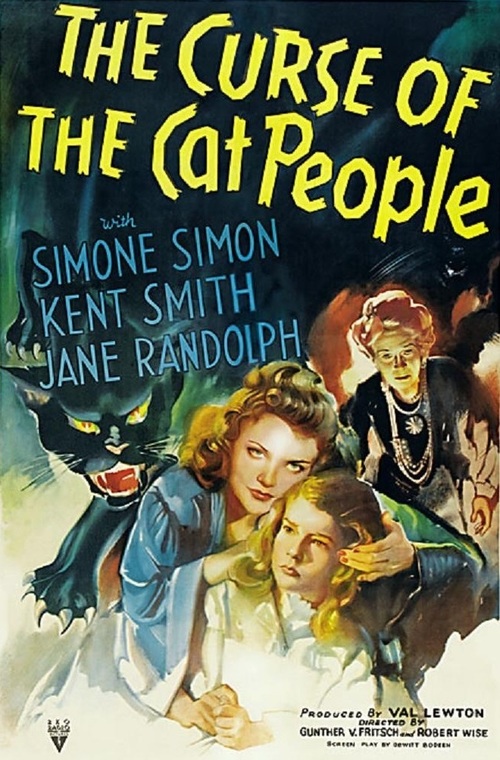 The Curse of the Cat People

"Cat People," directed by the gifted Jacques Tourneur, concerns a young Serbian woman in New York City (Simon), who's strangely drawn to the cat family, including panthers, leopards and the like. Some strange spell has descended from her ancestors, who may have practiced animal worship. This beautiful lady, when aroused, might be taking the form of a large cat — or is it all in her mind? Kent Smith plays her mystified suitor, and Jane Randolph the patient other woman. "Curse," Robert Wise's sequel made in 1944, doesn't quite match the original, but allows the still bewitching Simon to return and commune with Smith and Randolph's daughter.

Seen today, it's incredible that movies this handsome and well-constructed were made by producer Val Lewton on such lean budgets. "Cat People" is a bona-fide classic, dripping with forbidding atmosphere, and actress Simon is mesmerizing. Though "Curse" lags slightly in story quality, the eerie mood of the original pervades this film too, as director Wise makes the most of what he's given. That first feature's a must, though.