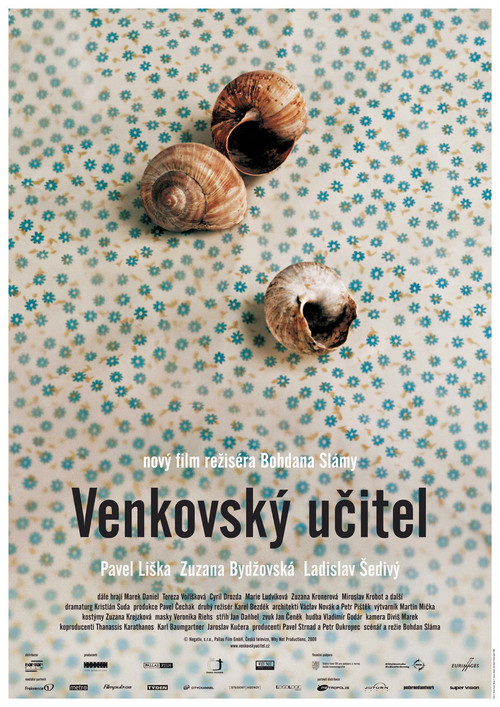 Petr (Liska) is a handsome schoolteacher who decides to take a job in a small rustic community where he can escape the dreariness of life in Prague. Soon after arriving, he strikes up a friendship with his neighbor Marie (Bydzovska), a self-prepossessing widow who lives with her teenage son Lada (Sedivy). Marie develops romantic feelings for Petr, but is crushed and confused when his gay former lover (Daniel) visits, demanding to know why he ended their relationship.

Czech director Bohdan Slama's gently rendered, bittersweet drama tells the story of a science educator troubled with uncertainty about his sexual orientation. Petr spends his days teaching students to understand nature, so we can understand ourselves, yet self-knowledge is precisely his problem. Slama's poignant approach hinges on a double bind involving Marie's affection for Petr and his unrequited, awkward longing for her hunky son Lada. The sense of yearning is palpable not only in these characters' wonderful rapport, but in lenser Divis Marek's gorgeous widescreen vistas.