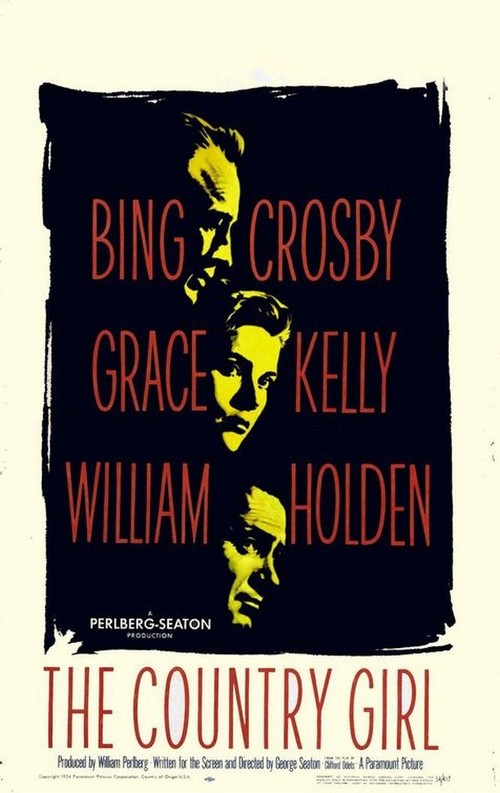 When Broadway director Bernie Dodd (Holden) loses his lead for a musical set to open in three weeks, he takes a chance on washed-up alcoholic singer Frank Elgin (Crosby). Though Dodd is committed to boosting his shaky leading man's confidence with a combination of pep talks and tough love, he feels constantly thwarted by Elgin's cold, cynical wife, Georgie (Kelly), whose manipulations threaten to deep-six his production.

Adapted from the Clifford Odet's play, George Seaton's searing, melodramatic story of a twisted menage à trois boasts three superb performances: Crosby as the self-loathing, destructive crooner, Kelly as his morose, long-suffering wife, and Holden as the strapping, misogynistic director who slowly learns the truth about both of them. Crosby rightly earned an Oscar nod for his convincing turn as a sad-sack boozer, but it was Kelly who took home a statuette for her radically unglamorous role as Georgie (a part first intended for actress Jennifer Jones). "Girl" is a poignant backstage drama that remains true to its tortured heart.