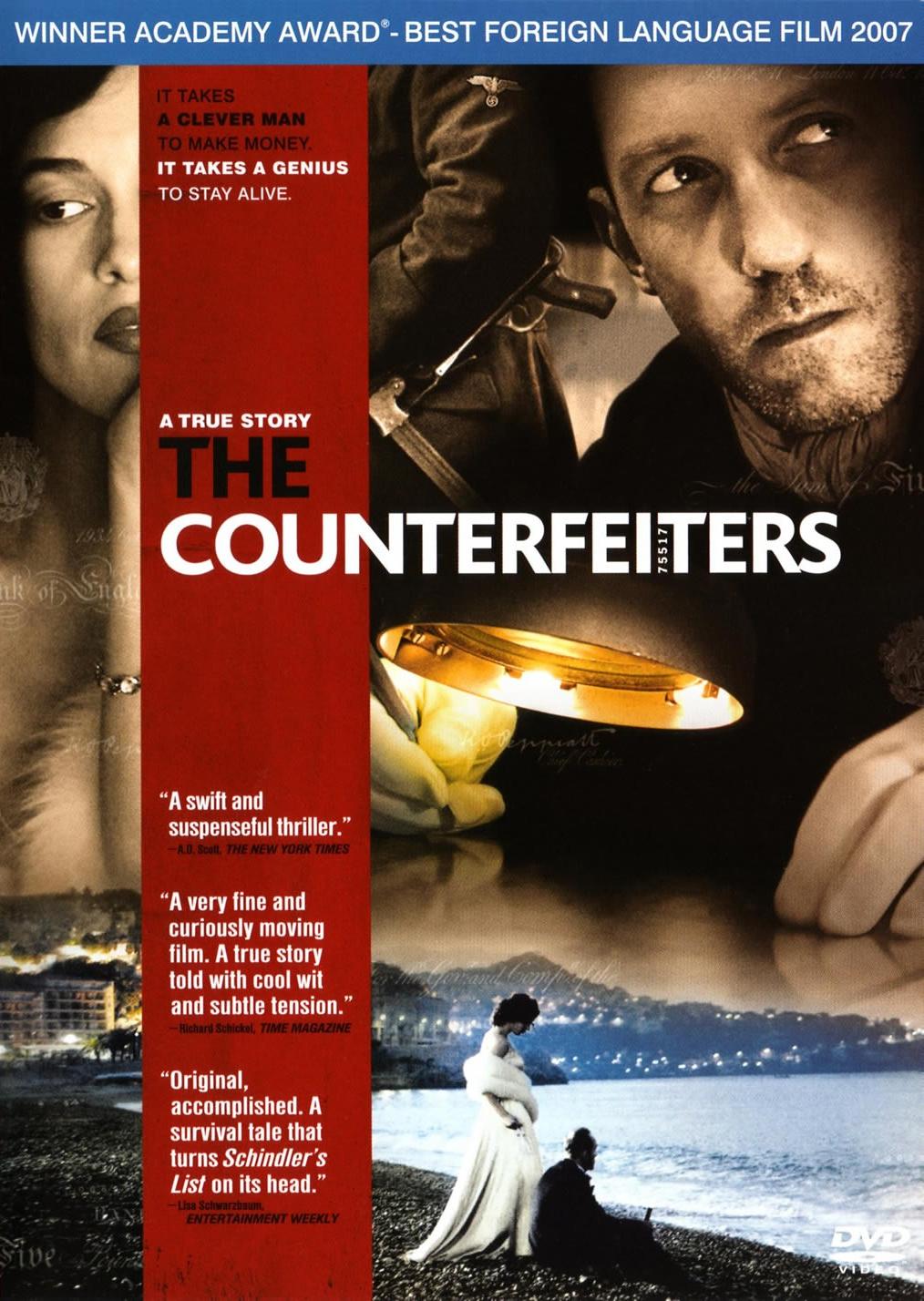 Recruited for a top-secret operation by his Nazi captors, Russian-born Jew Solomon Sorowitsch (Markovics), an artist and expert forger before the war, is shipped off to the Mauthausen camp, where he works with a special team of Jewish counterfeiters that includes left-leaning perfectionist Adolf Burger (Diehl). The men enjoy privileges and escape death by assisting the Reich’s scheme to destabilize Allied economies, but as the war grinds on, have to confront the impact of their actions.

Based on a book by the real-life Adolf Burger, Ruzowitsky’s tense, tightly coiled drama features an exemplary cast, including Markovics, Diehl, and Devid Streisow as the commandant-turned-SS leader who first nabs Sorowitsch in Berlin. What’s most compelling about this Holocaust drama is watching the moral evolution of Markovics’s character, a shrewd con man accustomed to the good things in life, even in prison. Nominated for the Best Foreign Film Oscar, “The Counterfeiters” deals with an old theme in war films: the art of self-preservation versus the agony of bad conscience.