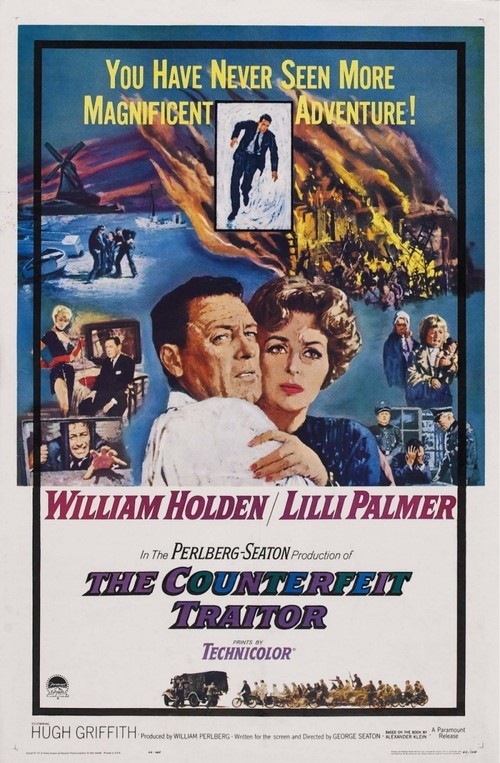 Collared for importing oil from the Nazi regime, Swedish petrol dealer Erik Erickson (Holden) is told by British intelligence officer Collins (Griffith) that his name will be cleared — but only if he engages in a bit of espionage for the Allies. Erickson reluctantly agrees, and is soon branded a traitor for his bogus pro-Nazi business dealings. Secretly, however, Erickson has entered Germany not to build a refinery, but to locate sensitive military information.

Based on the true story of a blackmailed oil dealer born on American soil, Seaton's riveting wartime thriller features a knockout performance by Holden, whose burly frame and husky voice is a perfect fit for the role. The radiant Lilli Palmer holds her own as Marianne Mollendorf, the Prussian socialite who assists in providing crucial target information to the Allied forces, as well as offering amorous comfort to Erickson, whose own wife has left him. For a finely crafted, nerve-jarring tale of real-world subterfuge, don't let "The Counterfeit Traitor" out of sight.