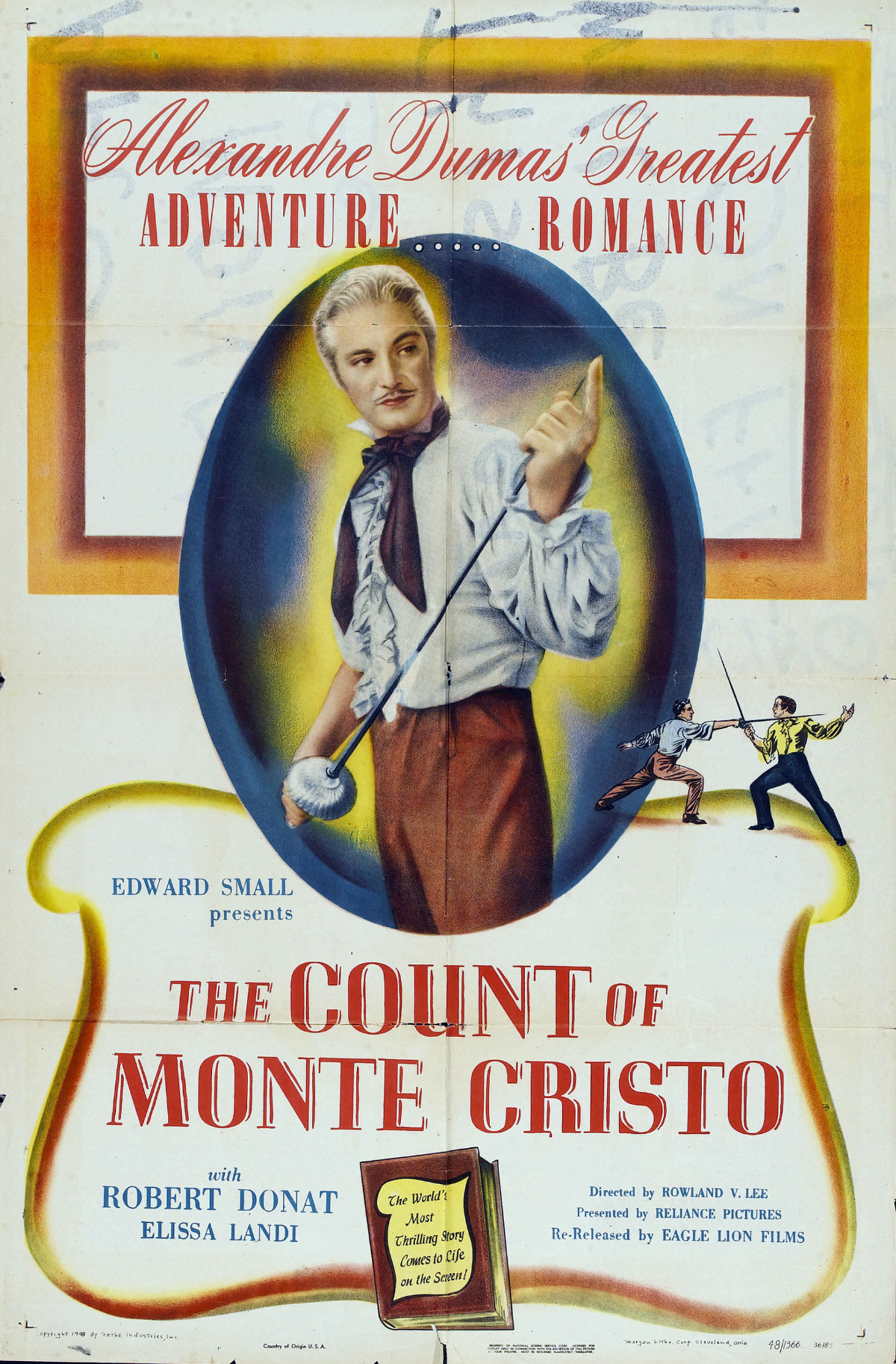 The Count of Monte Cristo

In 1815, a dashing young sailor (Donat) is accused of treason against the King of France when he innocently transports a letter in support of the exiled emperor Napoleon. On the false testimony of a jealous friend, he is deemed guilty by the villainous city magistrate (Calhern). Without a trial he is imprisoned on the island fortress of Chateau d'If , where he is kept in solitary confinement for thirteen years. Together with fellow inmate Abbe Faria (Heggie) he plans an elaborate escape so that he might return to his fiancee (Landi) and take revenge on his persecutors.

Long overdue on DVD, this opulent version of the classic Alexandre Dumas novel of 1844 owes much to the central performance of British actor Donat, who in effect assumes two roles: that of wronged seaman Edmond Dantes, and the titular Count himself — a cold, calculating avenger. Excellent support comes from Calhern, Blackmer and Walburn as the three men who conspire to frame Dantes, and their downfalls are orchestrated ingeniously. Swashbuckling is reserved for just one sword fight and one duel, but the manipulating machinations of the Count more than make up for any lack of onscreen derring-do. (Trivia note: this was Donat's first and only picture filmed in Hollywood. He next turned down the lead in "Captain Blood," and returned to England to make "The 39 Steps" for Alfred Hitchcock.)