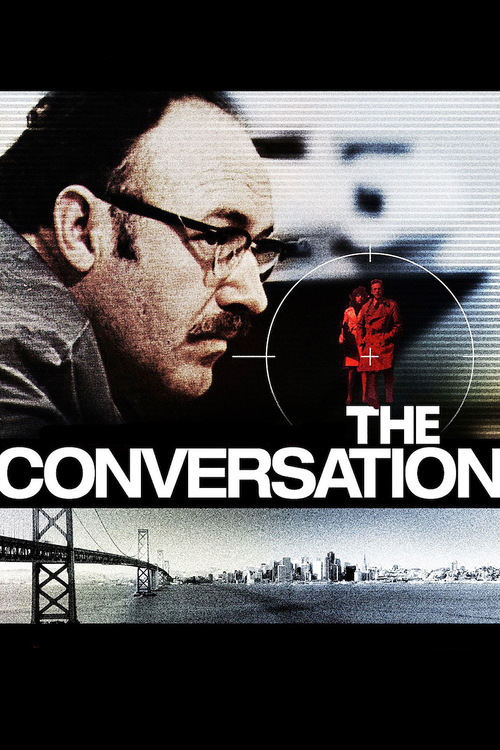 Detached and distrustful of others, surveillance expert Harry Caul (Hackman) is a deeply private, virtually friendless man whose life is consumed by his special brand of freelance intelligence work. Hired by corporate director Martin Stett (a young Harrison Ford) to monitor the conversation of a young couple (Williams and Forrest), Caul is troubled by the fragments of talk he illicitly captures on tape and begins obsessively piecing them together, suspecting a murder is in the works.

Made before he began work on "The Godfather, Part II," Francis Ford Coppola's prescient, haunting drama is a brilliant character study that plays out in an atmosphere of intense paranoia. Hackman is the dark heart of the film, playing a profoundly solitary man tortured by guilt, complicity, and his own inability to trust anyone, including girlfriend Amy (Garr). Perhaps Coppola's most artful film, "The Conversation" is dark, brooding, mysterious, and ultimately, completely unnerving.