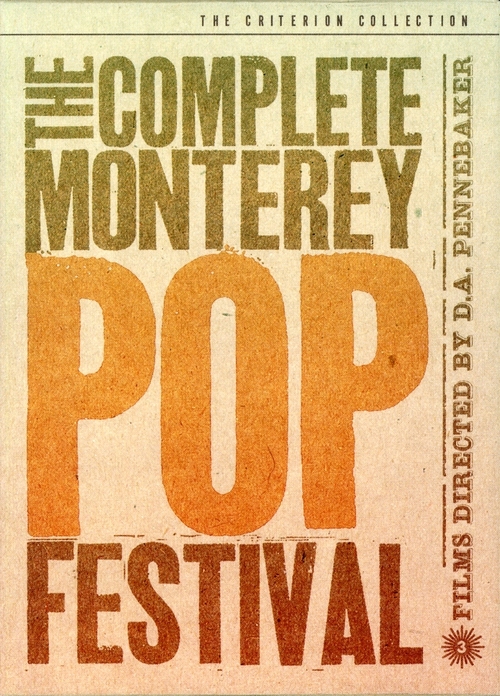 It was 1967: the Summer of Love and "Sergeant Pepper," a charged moment when rock'n'roll was evolving in daring new directions, fueled by psychedelic drugs, the sexual revolution, and a new generation finding its voice. Documentarian D.A. Pennebaker covers the Monterey Pop Festival like a blanket in this feature-length concert film — the first ever — filming everything and everyone while showcasing landmark performances by immortals Jimi Hendrix, Otis Redding, Janis Joplin, Jefferson Airplane, and The Who, among others.

Before "Woodstock," there was "Monterey Pop." The incredible music lives on, but Pennebaker's magic camera makes it seem so close and so real that the distance of decades quickly recedes. Criterion's re-mastered three-disc set contains the original 85-minute feature, and for those wanting more (and who wouldn't?), there's a second disc focusing on Hendrix and Redding's stunning work, and a third disc full of priceless out-take performances. All true rock lovers should own "The Complete Monterey Pop Festival."