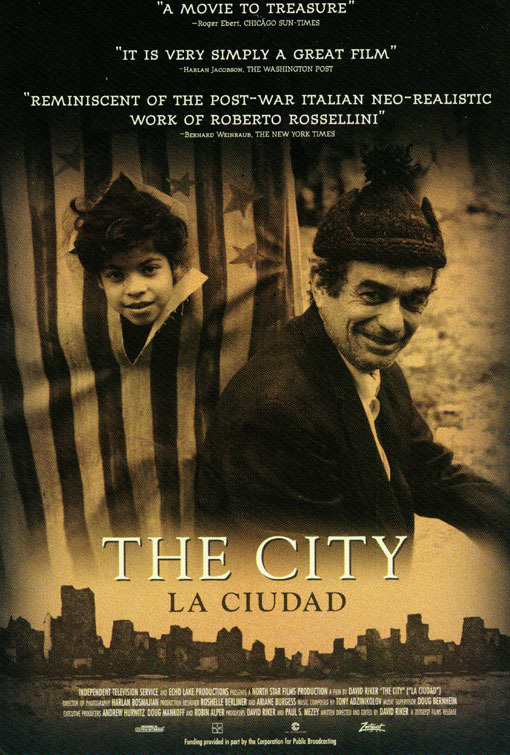 Documentary-like film portrays the life of Hispanic immigrants in the United States via four vignettes set in New York City. A sweatshop factory worker must decide between standing up for her rights and earning money to send home to her sick daughter. A young man falls in love after a chance encounter with a girl from his village in Mexico, but being together will not be easy. A group of day laborers wait on the corner for work, risking arrest and often being cheated by employers. Finally, a homeless puppeteer hopes to send his daughter to school, but she will not be admitted without a permanent address.

Avoiding any hint of melodrama, director Riker builds immediacy and credibility for his stories via gritty black-and-white cinematography, compelling nonprofessional actors, and all-too-realistic story lines, which are not neatly resolved by film's end. This moving depiction of the plight of urban immigrants also provides a revealing glimpse into some of the more under explored neighborhoods of New York City, from Brooklyn's Bushwick section to the East River. Fueled by empathy and a stripped-down authenticity, "The City" sheds penetrating light on what it really takes to strive for the American Dream.