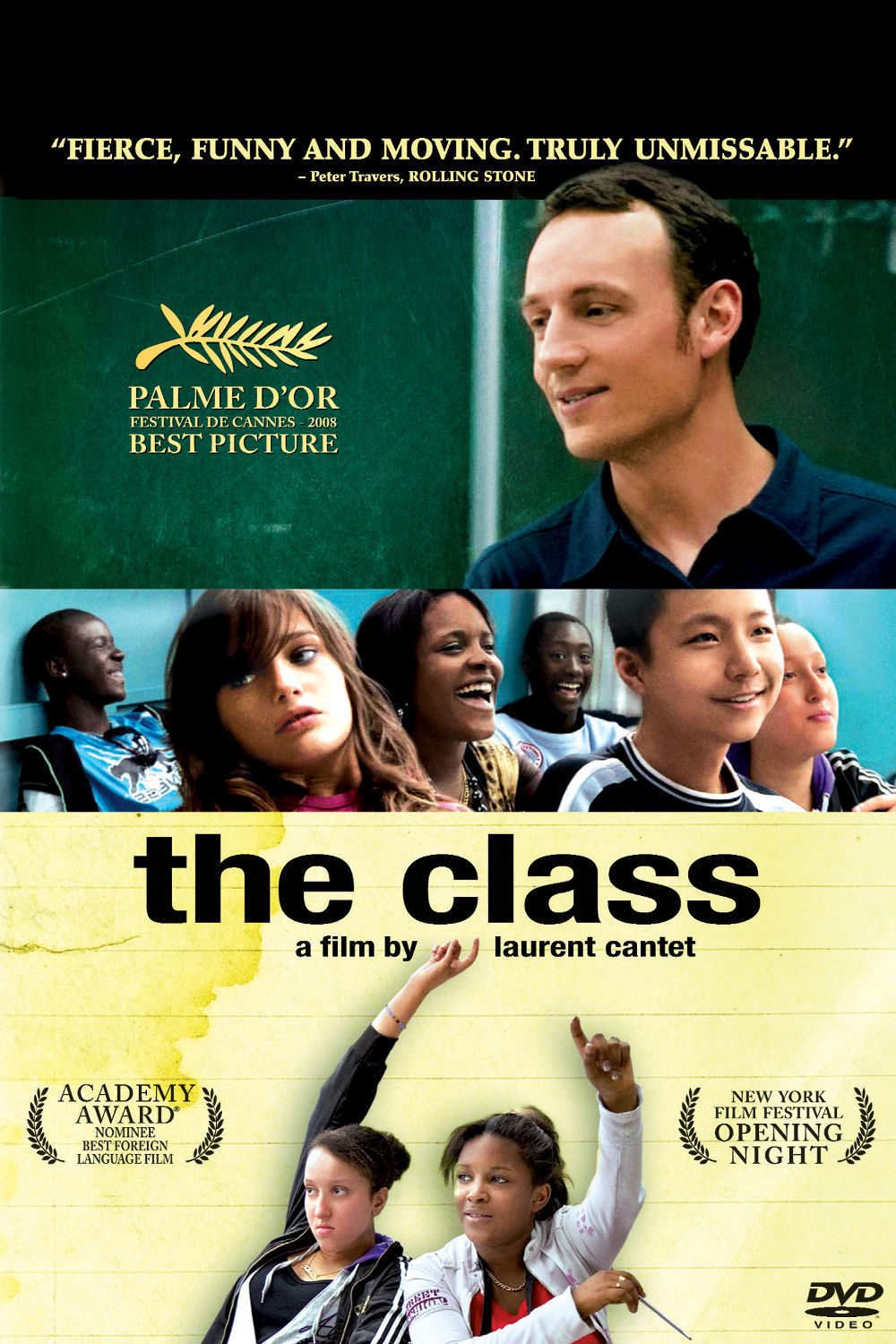 Francois (Begaudeau) is a tough but open-minded English teacher in a French high school, where his aggressive method of engagement has earned him a grudging respect among his mostly poor students, many the children of Algerian or African immigrants. But one day, when his push-and-pull linguistic sparring crosses an ethical line with an ill-advised remark, his classroom turns hostile.

Cantet’s “Class” is a spirited classroom drama, shot in an improvisational manner with actual students, and starring a real-life teacher (Begaudeau) whose bestselling book about his teaching experiences Cantet adapts with brio, adding fictional elements to pump up the drama. The performances by this young, non-professional cast are sterling, especially that of Franck Keita, playing surly, hard-to-reach Souleymane. Cantet’s achievement is showing not just the challenges that well-meaning educators face in today’s world, but humanizing the troubled kids under their tutelage as well.