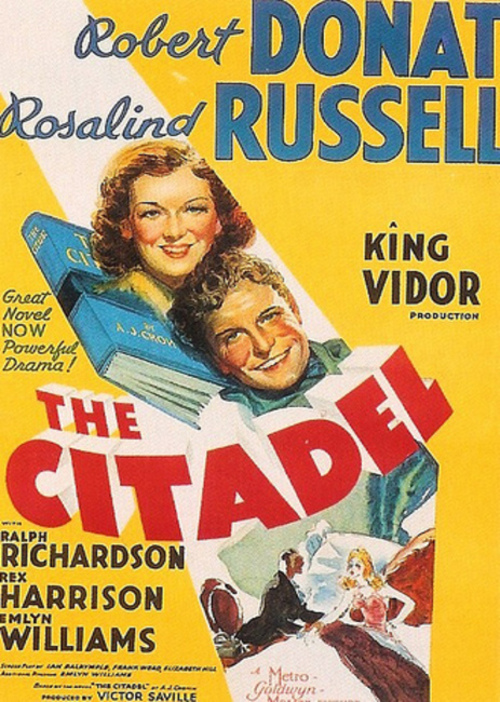 Idealistic young physician Dr. Anthony Mason (Donat) has a mission in life to help humanity. With devoted wife Christine at his side (Russell), he treats the impoverished residents of a Welsh mining town, but his efforts to research tuberculosis in the tight-knit community meets with resistance. Disillusioned, Mason packs up his bags (and his ideals) and moves to London, where he falls in with a group of ethically shady doctors treating wealthy patients. As he gains money and prestige, Mason begins to reflect on all he has left behind; and then a bungled operation sets him back on the healers path.

King Vidor's stirring '30s drama "The Citadel" is an exemplary British film worth revisiting today, when ongoing debates about healthcare and medical ethics have made its central theme (how greed and ambition can pervert the Hippocratic code) timelier than ever. Donat's finely etched turn as the doctor conflicted about the nobility of his profession culminates in a speech that speaks to the spirit of healing against cold-blooded social striving. Certain sequences, such as Mason's revival of a stillborn baby, are utterly heart-wrenching. American starlet Rosalind Russell is excellent, too, giving a gently nuanced performance as his confidante and voice of conscience. Controversial in its time, "The Citadel" is a treasure.