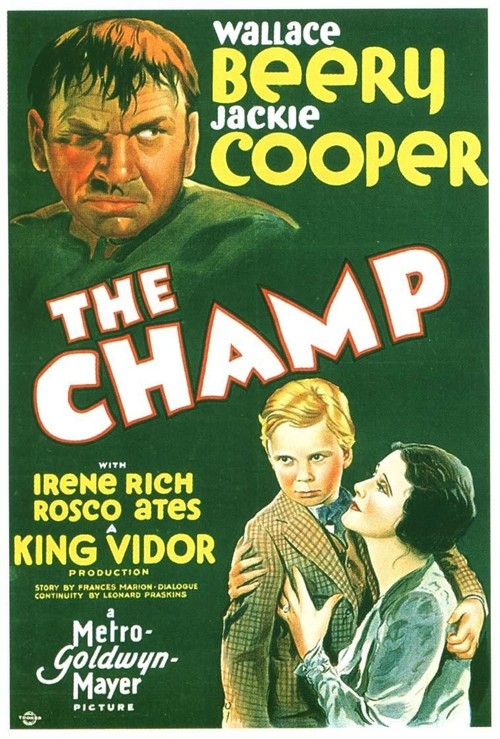 Washed-up boxer Andy Purcell (Beery) is in training for a comeback match in Tijuana, where he lives in a ramshackle apartment with his adoring young son, Dink (Cooper). But Purcell has a weakness for booze and gambling that leaves him in poor shape for fighting and fathering. When Andy's ex-wife Linda (Irene Rich), now married to a tycoon, reappears and develops an attachment to Dink, Andy gets to wondering if his son wouldn't be better off without him.

Vidor's gushy tale of devotion — about a big bruiser's bottomless well of love for his charismatic kid and number-one fan — is unabashedly sentimental by today's standards, but it still gets the tear ducts flowing. The aptly named Beery, with his tugboat voice and ruffled mien, won a much-deserved Oscar, while Cooper's wrenching, precocious Dink still remains the "Our Gang" star's most unforgettable role. (Beery and Cooper had such a fabulous rapport they went on to star in two more films together.) With its gritty look and a knockout weepy finale, Vidor's "The Champ" is an undisputed winner.

The Chant of Jimmie Blacksmith