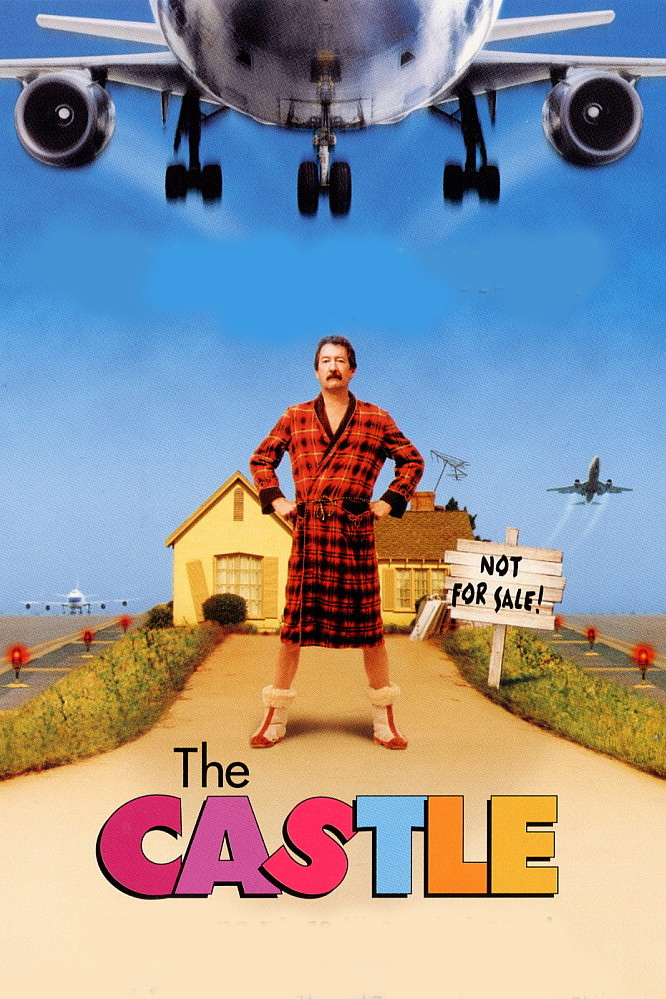 Tow truck driver Darryl Kerrigan (Caton) lives a blissful lower-middle-class life in suburban Melbourne with his creative wife Sal (Tenney) and their children. So when the government informs the Kerrigans that they must leave their home to make way for a new airport-expansion project, Darryl refuses to abandon his "castle" and hires a dimwitted lawyer (Mora) to represent them.

This infectiously funny Aussie comedy pits a blue-collar striver, played with salty glee by Michael Caton, against the forces of Big Government. Sitch has an obvious affection for his cast of kooks, portraying the clan (eldest son Wayne is a jailbird, middle son Steve is obsessed with buying and selling junk parts) as a harmonious clique of average folks intent on staying put in their not-so-grand abode. Look for Bud Tingwell as a retired barrister who lends his legal expertise to the cause, and Eric "The Hulk" Bana in an early screen appearance as the kickboxer that daughter Tracy marries. Charmingly nutty.

The Cats of Mirikitani