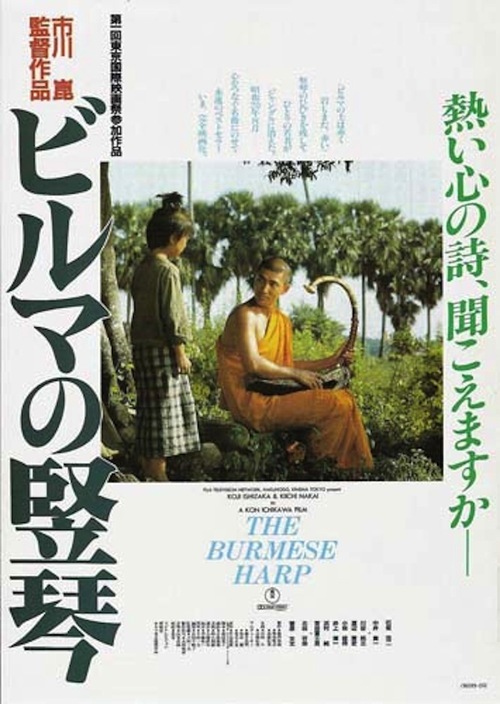 Led by charismatic music teacher Capt. Inouye (Mikuni), a Japanese regiment enters a seemingly tranquil Burmese village near the end of World War II, only to realize they are surrounded by British troops, who plan to escort them to a POW camp. One soldier, harp-playing Corporal Mizushima (Yasui), is seriously wounded in the resulting firefight. Nursed back to health by a Buddhist priest, Mizushima feels drawn to pursue a life of contemplative enlightenment.

Ichikawa's absorbing study of soldiers under fire was one of the first films in any country to explore the spiritual impact of war. Heightening the effect, on one hand, is his brilliant use of music, via the transporting strains of Mizushima's harp and the infantrymen's morale-building chorale singing, taught to them by Inouye. But the director also frames indelible images of war's horror, such as one famous image of corpses piled and strewn across a desolate beach. Still, Ichikawa's message is essentially a humanistic one, and "Harp" is a tender, often profound meditation on the best and worst aspects of our inner nature.