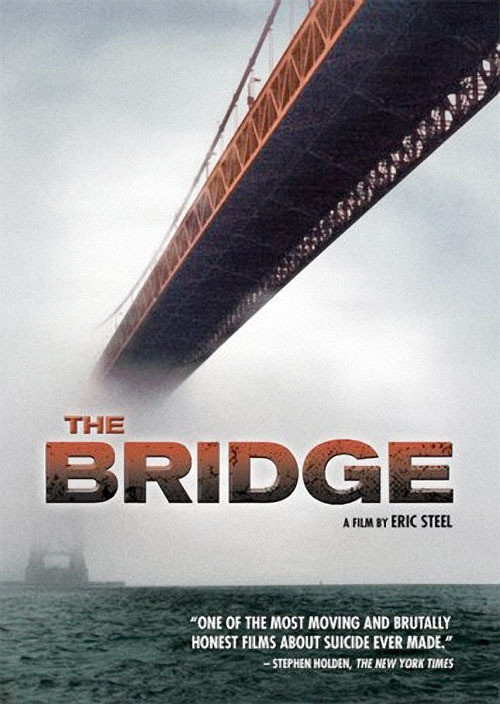 Inspired by a story in "The New Yorker," documentarian Eric Steel spent an entire year filming San Francisco's Golden Gate Bridge, the world's most popular suicide destination, with a small crew, training a zoom lens on potential jumpers. Weaving in frank, stirring interviews with friends and family members of those who did leap to their deathssome caught on film, Steel gives us a remarkable glimpse of how mental illness, untreated depression, and a crushing sense of hopelessness drives many well-loved people to end their lives.

Though some may balk at the "snuff film" aspect of Steel's project, "Bridge" is actually a fascinating, compassionate film that humanizes those who succumbed to their personal demons. Not only does it carry a strong anti-suicide message — one impossibly lucky survivor of the jump, teenager Eric, is one of the film's most compelling voices — it also offers valuable insights into our shared life experience of love and despair, anger and disappointment. Despite its somber, too-seldom-discussed subject matter, "The Bridge" is an important film with a haunting, elegiac feel.

The Bridge on the River Kwai