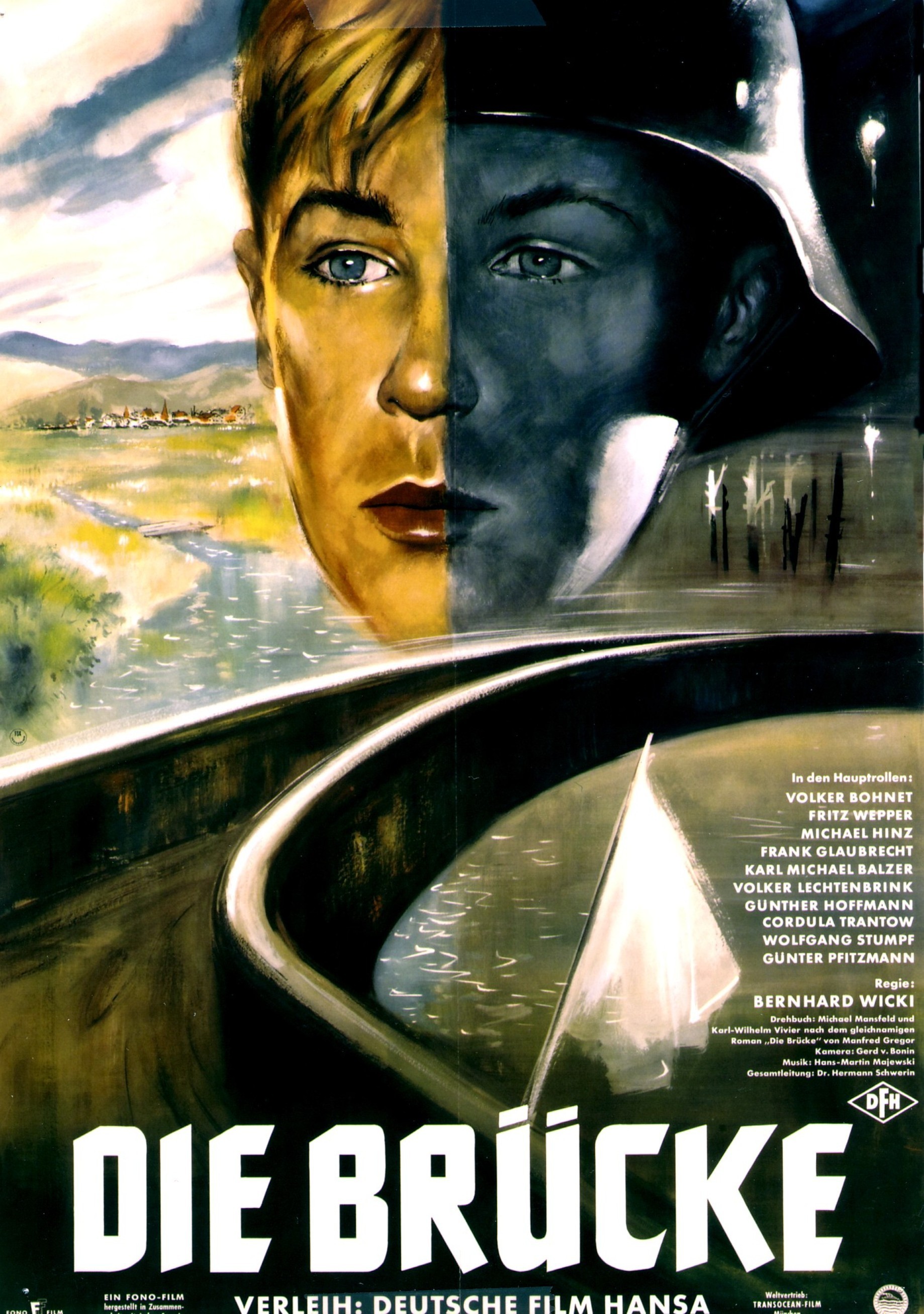 In the last days of World War II, seven teenage German boys, all high-school chums, are conscripted into the army and assigned by Nazi officers to guard an old stone bridge in the same village where they've been raised. Idealistically, they stick to their positions, even when it becomes clear to their commanders that doing so is pointless and, as American tanks advance, even suicidal.

One of the earliest postwar masterpieces from Germany, Wicki's "The Bridge" is a stridently anti-war film that depicts the tragic loss of innocence under the futile and exploitative protocols of end-stage combat. Still children, as evidenced by the puerile pranks they play on each other, the seven lads are forced to fight and die like adult soldiers because of a last-ditch effort by Hitler and his officers to stave off defeat by recruiting schoolboys. Based on a true story novelized by Manfred Gregor, and featuring some impressive battle sequences, "Bridge" is a harsh portrait of war's hell.