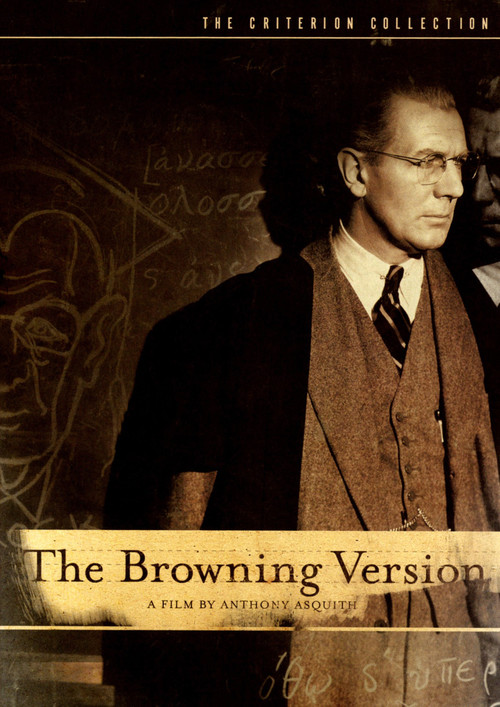 On the eve of his retirement from an all-boys boarding school where he is widely despised, ailing classics teacher Andrew Crocker-Harris (Redgrave) realizes that he has failed to communicate his enthusiasm and the depth of his passions in the classroom. Scorned by his wife, Millie (Kent), who's openly cavorting with popular science instructor Hunter (Patrick), Crocker-Harris appears stoically resigned to a cheerless existence. But a guileless act of kindness eventually changes him in ways no one quite expected.

Asquith's mournful, utterly absorbing ensemble drama was adapted by Terence Rattigan from his own play. Redgrave, in one of his greatest screen performances, is magnificent, communicating both the unrelenting severity and turbulent inner sadness of Crocker-Harris — who keeps a stiff upper lip about Millie's infidelities, the headmaster's disrespect for his years of service, and his own failed ambitions. With a stirring turn by young Brian Smith as Taplow, Crocker-Harris's chipper, well-meaning student, "Browning" is an outstanding drama about suffering and redemption that will stay with you long after the gut-wrenching graduation speech.