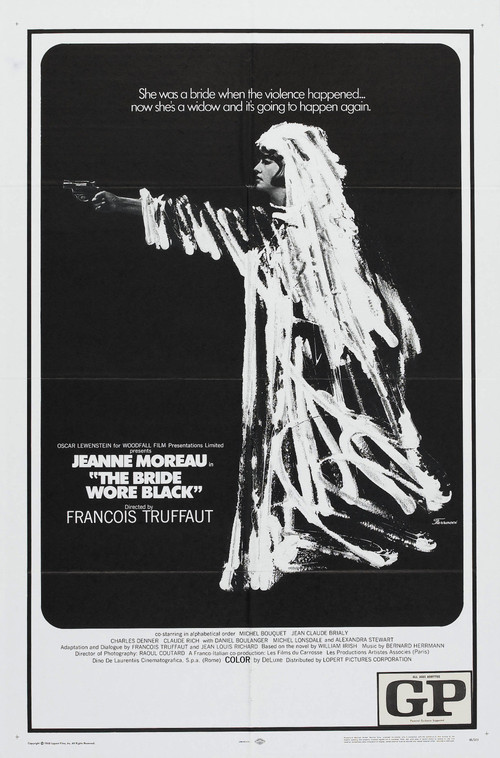 When her husband is inexplicably shot and killed moments after their wedding, stone-faced widow Julie Kohler (Moreau) embarks on a methodical hunt for the five men responsible. One by one, she finds the assailants, and exacts her vengeance.

Based on the novel by Cornell Woolrich, Truffaut's wry, languorously paced revenge thriller that mirrors the work of two of the French director's idols, Hitchcock and Jean Renoir, creating an atmosphere of jarring tension around the imminent deaths of five seemingly ordinary men, whose connection to the murder is never fully explained. And Truffaut found a marvelous femme fatale in the beautiful, coolly detached Moreau, who'd previously starred in his "Jules and Jim." Visually striking and intriguing on many levels, "Bride" is a brilliant homage that nevertheless feels very much like Truffaut's own handiwork.

The Bride of Frankenstein