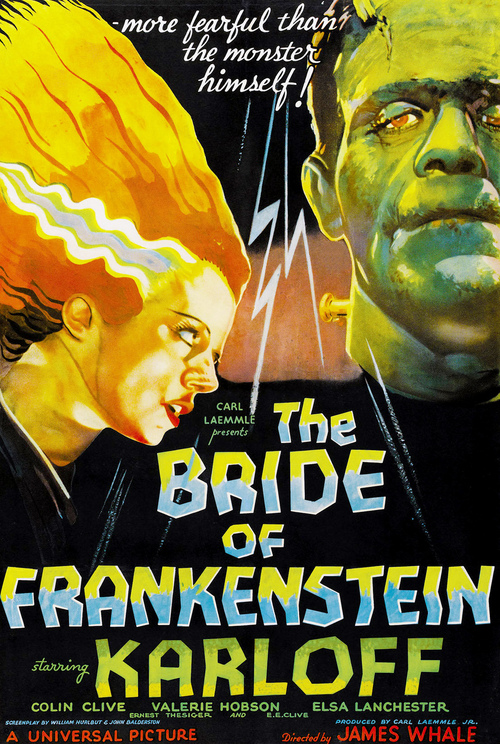 The Bride of Frankenstein

Having somehow managed to survive a deadly windmill fire, the sad, confused Monster (Karloff) bolts off into the European countryside. Meanwhile, his disillusioned creator, Henry Frankenstein (Clive) reluctantly assists his demanding, demented mentor, the booze-guzzling Dr. Pretorius (Thesiger), in a mad plan to create a female companion for the rampaging creature. But Monster and Bride, they will eventually learn, just weren't meant to be.

Whale's brilliant, wonderfully cheeky sequel to "Frankenstein" managed to equal its predecessor in terms of tone and originality, while adding sly barbs of humor. Apart from Whale's clever, offbeat direction, the film's success is due to the marvelous cast of eccentrics: Thesiger's weird, malevolent turn as Dr. Pretorius, Dwight Frye's nutty hunchback, and the mesmerizing Lanchester, playing both author Mary Shelley in the prologue, and the shrieking Bride in a now-iconic white streaked fright wig. Then, of course, there's Karloff, whose sad, tragic attempts to speak and connect with others simply underscore his tortured pathos. Wed yourself to the morbidly endearing "Bride."