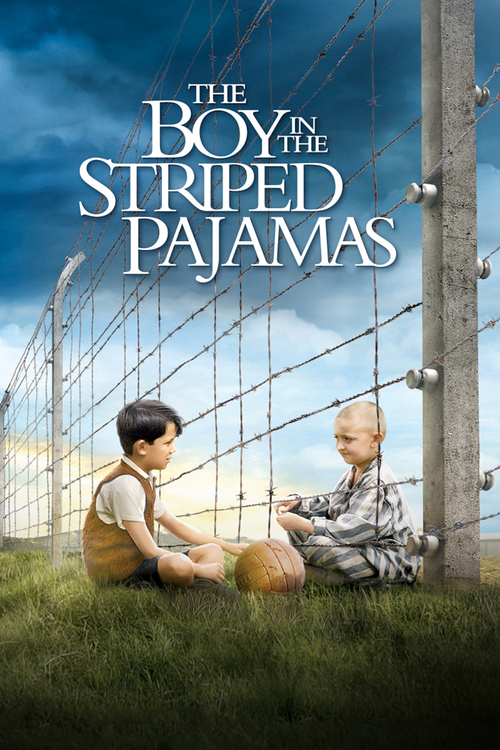 The Boy in the Striped Pajamas

Bored after moving from Berlin to the countryside with his Nazi commandant father (Thewlis) and mother (Farmiga), 8-year-old Bruno (Butterfield) one day spots what appears to be a nearby farm where everyone is dressed in striped pajamas. Oblivious to the war, and with his parents refusing to discuss the matter, Bruno ventures out to a barbed-wire fence beyond their property and befriends Shmuel (Scanlon), a boy his age emptying a wheelbarrow on the other side. Over time, as Bruno discovers the truth about Shmuel’s life, he sets in motion a tragic chain of events.

Herman’s thoughtful, heartbreaking child’s-eye portrait of the Holocaust, adapted from a novel by John Boyle, pits the innocence of youth against the unimaginable horrors of Germany’s wartime atrocities. Drawing strong performances from his two young actors, as well as finely tuned support work from Thewlis and Farmiga, Herman (“Little Voice”) handles this melodramatic material with admirable sensitivity and restraint, avoiding a maudlin tone and the pitfalls of sentimentality. Gradually, as the boys become aware of the darker reality that envelops their forbidden camaraderie, “Boy” builds to a tense, emotionally fraught climax.

The Boys in the Band