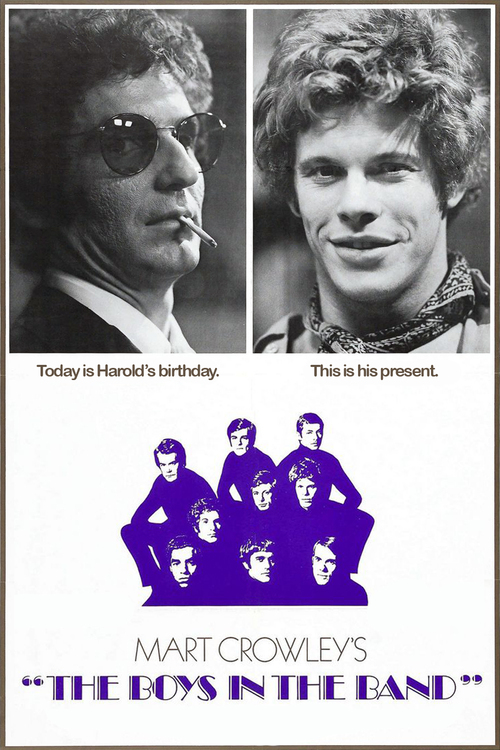 The Boys in the Band

A tight-knit group of gay male friends reunites at the apartment of Michael (Nelson) in honor of soon-to-arrive celebrant Harold (Frey). But the unexpected appearance of old college pal Alan (White), who is straight, disrupts the occasion. As Michael strives to prove a point to the uptight Alan, who reacts badly to a guest's come-on, the evening turns into a perverse parlor game of discomfiting revelations.

William Friedkin's groundbreaking "Band" was one of the first Hollywood films to directly address the issue of homosexuality, a verboten topic even in the late '60s. Adapted from Mart Crowley's Broadway play, the film is a wonder of witty wordplay and clever twists, paced for bitterly comic effect. The ensemble cast is first-rate, too, but Cliff Gorman and Leonard Frey earn the biggest kudos, respectively playing campy Emory and spiteful Harold with entertaining results.

The Boys of Baraka