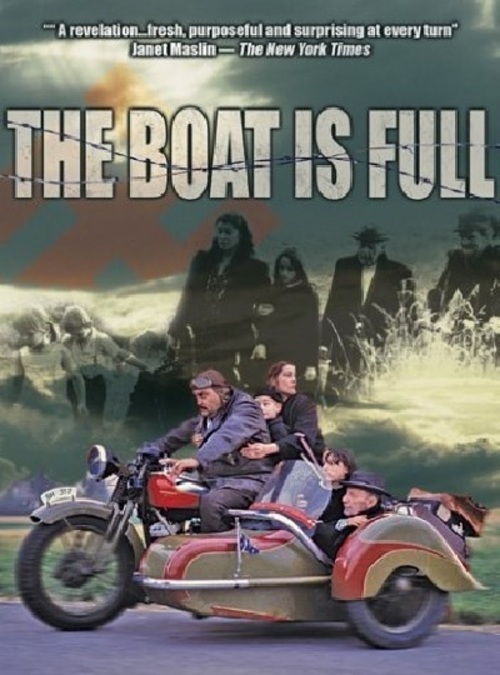 The Boat is Full

After their train is halted near the Swiss border, a handful of German Jewish nationals sprint for the border amid a hail of Nazi bullets, rather than face death. Once across, they take shelter at an inn run by Franz and Anna Flueckiger (Gnadinger and Steiger), who are at first reluctant to house these haggard refugees. When the Swiss authorities come to investigate, their only hope for asylum is to pretend they're a family, which requires Judith Krueger (Engel) to pose as the wife of Karl Schneider (David), an AWOL Nazi.

During World War II, famously neutral Switzerland closed its borders to the incoming waves of people attempting to escape Hitler's Third Reich, sending back those who did not meet its strict new definition of political refugees. Imhoof's forlorn, Oscar-nominated film, based in part on a work of history by Alfred A. Hasler, depicts this little-known facet of the Holocaust years in wrenching psychological detail. Imhoof draws strong performances from his entire cast, telling a tragic story of desperation, camaraderie, and bureaucratic cruelty.