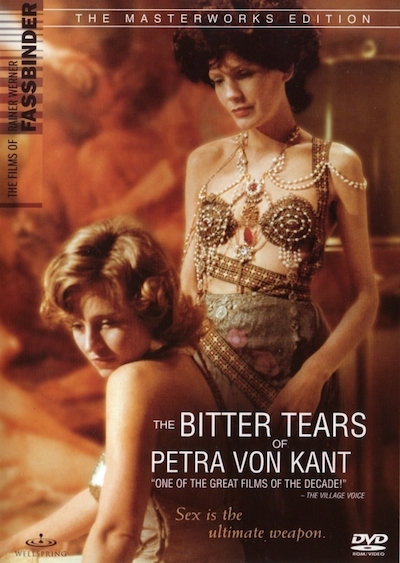 Petra von Kant (Carstensen) is a successful fashion designer living in a baroquely decorated apartment in Bremen. She employs a taciturn housemaid Marlene (Hermann) who silently does her bidding. Her cousin Sidonie (Schaake) introduces Petra to a sexy, younger woman named Karin (Schygulla). Petra is entranced by her and soon invites her to move in. Six months later, Karin is still there, but the dynamic between the women has shifted.

Adapted from his own play, Fassbinder’s twelfth feature contains the heated melodrama found in the Douglas Sirk films he so admired, while the theme of a younger woman ensnaring an older one evokes “All about Eve”. Theatrically staged, with lush lighting and colorful sets, cinematographer Michael Ballhaus’s camera moves fluidly among the confines of the claustrophobic setting, naked store mannequins serving as silent witnesses to the action. A spellbinding central performance by Carstensen anchors this largely autobiographical tale of doomed, obsessive love.

The Black Panthers: Vanguard of the Revolution