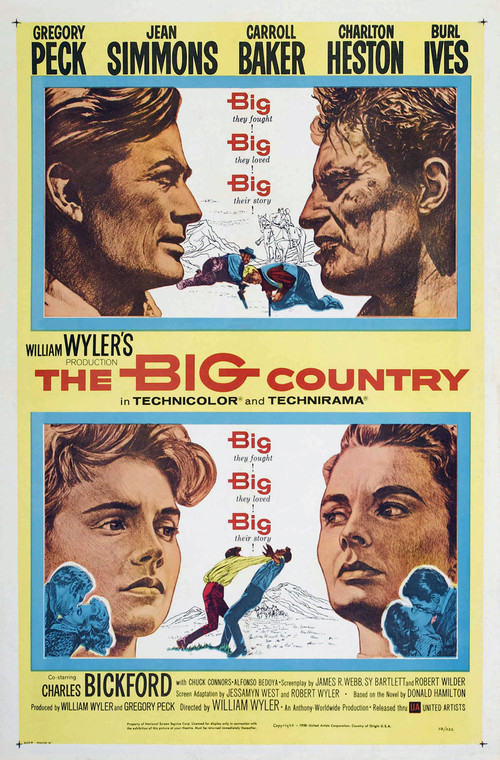 Former ship captain James McKay (Peck) heads to the western frontier to join fiancée Pat Terrill (Baker), daughter of cattleman Major Henry Terrill (Bickford). Though McKay anticipates the wilder, rougher ways of the West, he gets more than he bargained for on his arrival, discovering his future father-in-law is in a nasty feud with competing rancher Rufus Hannassey (Ives), and that he himself is competing with Terrill's right hand man Steve Leech (Heston) for the affections of his intended.

William Wyler's sprawling Western epic is aptly named, since everything about this film is big — including breathtaking panoramas, a close to three-hour run time, and a larger-than-life, Oscar-winning performance from singer/actor Burl Ives as a rough-hewn rancher. It feels a trifle leisurely at first, but hold on and you'll soon be in the grip of this sweeping epic, which offers plentiful doses of romance, suspense, and high emotion. A stolid Peck carries the picture throughout. Also look for TV's Chuck Connors ("The Rifleman," "Branded") in a juicy role as Ives's ne'er-do-well son Buck.