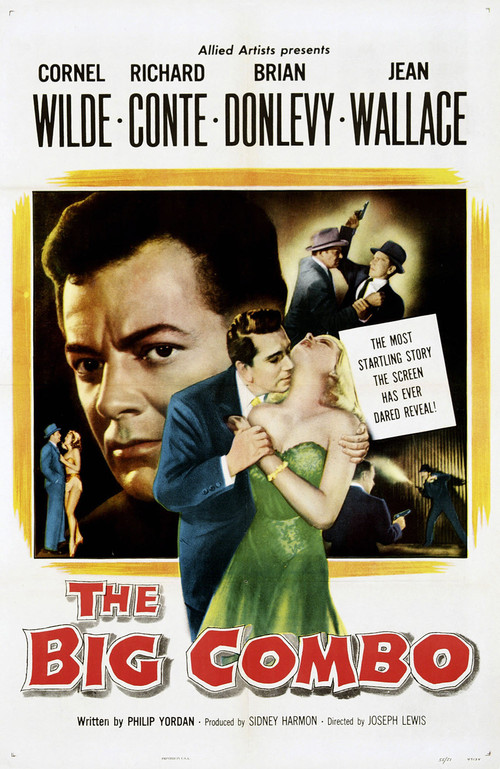 Incorruptible cop Leonard Diamond (Wilde) has been trying to put the screws to vicious crime boss Mr. Brown (Conte) for years — to no avail. Having spent thousands on his investigation, he's finally told by his superior to lay off the technically clean racketeer. But Brown's girlfriend, Susan (Wallace), who Leonard secretly loves and longs to rescue, is about to yield a clue to the mobster's ignominious past that the obsessive detective simply can't ignore.

Lewis's ultra-hard-boiled noir is savage and unstinting in its view of two men, one squarely on the side of the law and the other seemingly above it, locked in a battle of wills that may eventually destroy them both. Conte is particularly repellent as the sadistic Mr. Brown, but he gets excellent support from Brian Donlevy as a stoic, humiliated underling whose hearing aids provide one of the movie's most gruesome plot points. Earl Holliman and Lee Van Cleef are also solid playing Brown's all-too-loyal thugs. Raw and beautifully stylized by John Alton's brilliant use of light, shadow, and slanted angles, "The Big Combo" makes for a bracing night at the movies.