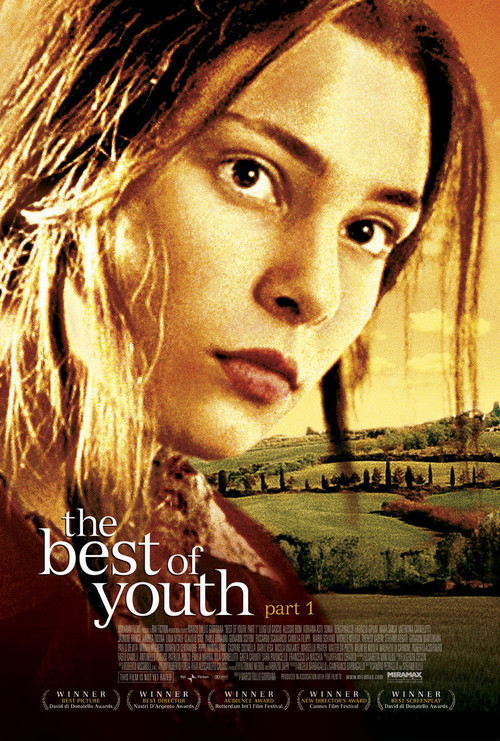 The Best of Youth

Epic tale follows the divergent courses of the Cravati brothers, Nicola (Lo Cascio) and Matteo (Boni) over a tumultuous four decades of Italian history, from the mid-’60s on. The brothers’ role in rescuing Giorgia (Trinca) a beautiful young mental patient, inspires Nicola to become a successful psychiatrist, but his personal life gets complicated when he falls for Giulia (Bergamasco), an intense woman with pronounced leftist leanings. Meanwhile, Matteo, craving order and justice in his life, enters the army and eventually becomes a cop. The lives of these two young men progress amidst some of the more memorable events of the period, including student unrest, the rise of the Red Brigade, and the flood of Florence.

Originally made for Italian television, Giordano's sweeping family drama is nothing short of triumphant. The story (by Sandro Perraglia and Stefano Rulli) interweaves the destinies and challenges of two very different brothers, while evoking the tempestuous times that characterized the last half of the twentieth century in Italy. The six-hour run time only serves to deepen our connection with these very human characters. This gripping saga is beautifully played, particularly by Lo Cascio in the central role of Nicola. Winner of the “Un Certain Regard” prize at Cannes, “The Best Of Youth” is also the best of film.