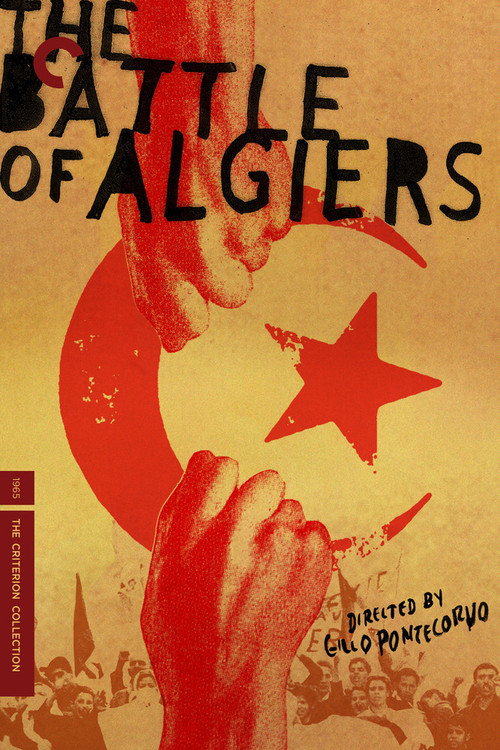 The Battle of Algiers

After over a century of French occupation, the Algerian people finally rebelled in the mid-1950s. This film revisits the urban guerrilla warfare perpetrated by the National Liberation Front (FLN), pitting it against the torturous counter-insurgency attacks deployed by the French Army. The drama focuses on two key players in the struggle: Ali La Pointe (Haggiag), an illiterate who gained prominence as a rebel leader, and Colonel Mathieu (Martin), the mastermind behind the morally questionable maneuvers of the French. When the two finally meet, only one lives to tell the tale.

Pontecorvo's Oscar-nominated film provides a vivid and harrowing account of the Algerians’ struggle against colonialism. Shot in a cinema-verité style, the film uses predominantly non-professional actors, which only increases the prevailing sense of realism. A moving score by the legendary Ennio Morricone further adds to the film's considerable impact. Don't miss this stirring landmark movie about revolutionaries and the governments who oppose them. (Trivia note: this movie is so influential that groups as diverse as the Black Panthers and the Pentagon have used it for training purposes!)

The Battle of Chile