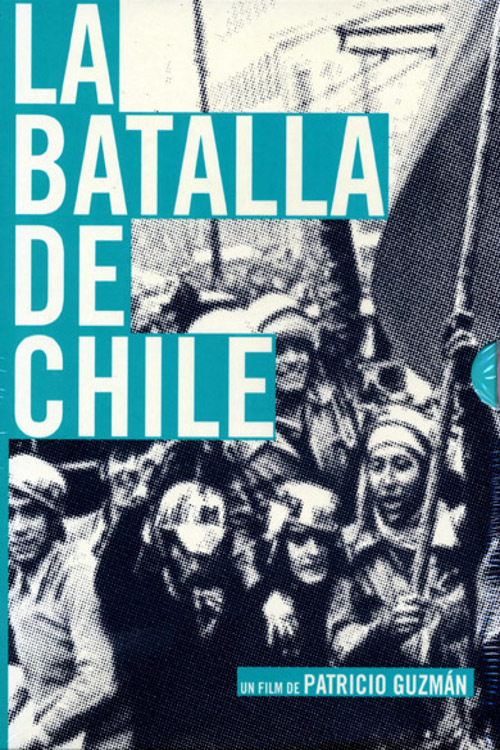 The Battle of Chile

The Chilean coup de'etat of 1973, which overthrew democratically elected President Salvador Allende and ushered into power a military regime headed by General Augusto Pinochet, shocked the world. Chilean documentary filmmaker Patricio Guzmán and his small crew (some of whom had never worked on a movie before) began shooting around the country a few months before the coup. The resulting three-part "Battle of Chile" recounts, in painstaking, expansive detail, how the forces opposed to Allende's policies worked in a coordinated fashion to bring him down, and, after failing time and again, finally resorted to military violence.

Composed entirely of firsthand footage, Guzmán's "Battle of Chile" is that rare case where you can watch history as it was actually being made. Far from a dry exposé, this piece of truly epic cinema rocks with the force of a scripted political thriller, commanding your attention for its entire running time. Whatever you may think of the filmmaker's clearly left-leaning politics, there's no denying that "Battle of Chile" is a truly landmark documentary.

The Beaches of Agnes