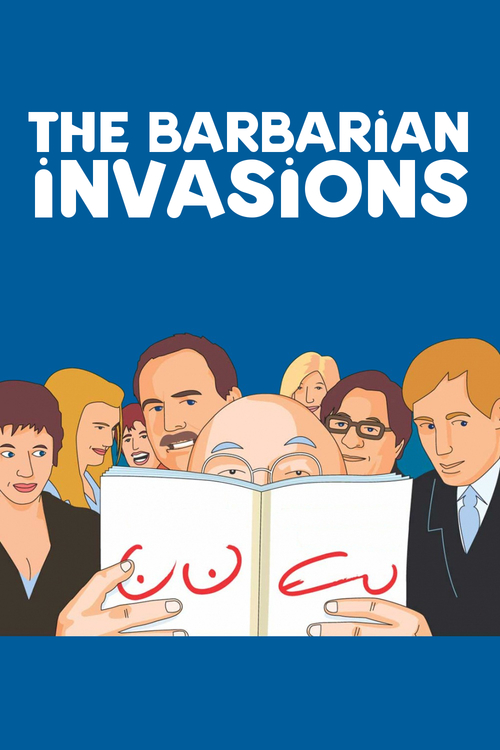 When skirt-chasing Montreal professor Remy (Girard) is diagnosed with terminal cancer, his ex-wife Louise (Berryman) contacts their estranged millionaire son Sebastian (Rousseau), who flies home from London. Sebastian proceeds to lobby the hospital for a private suite, while begging the daughter of Remy’s ex-mistress (Croze) to supply doses of heroin to quell his father’s suffering. Meanwhile, a circle of Remy’s close friends and former lovers gather for a final farewell, triggering a sprawling, spirited conversation full of fond reminiscences and intellectual quibbles.

Denys Arcand’s elegiac social satire, a kind of “Big Chill” with French-Canadian intellectuals, reunites the lively cast (now mellowed a bit) from his earlier “Decline of the American Empire” to sparkling effect. Rich in dialogue, the film traverses a number of big themes (life and death, love and money), while sharply parodying the inefficiency of Canada’s health-care system. A funny, incisively penned, and genuinely touching ode to family, friendship, and the joy of living.

The Battle of Algiers