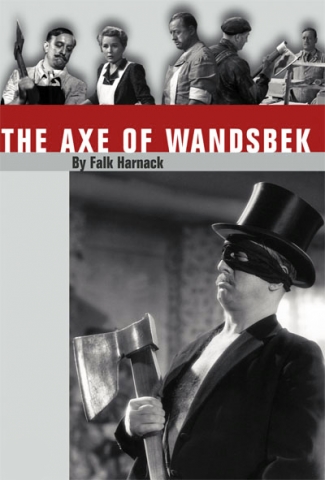 The Axe of Wandsbek

It's the dawn of the Third Reich, and German butcher Albert Teetjen (Geschonneck) has fallen on hard times. His shop is hopelessly out of date, and his business has dwindled accordingly. His wife, Stine (Braun), suggests that Albert reach out to Footh (Kleinau), an old war comrade, now a shipbuilder grown rich from Nazi Party largesse. The rich man is all too happy to help out his forgotten friend, but for a price: Albert must employ his skills as a butcher to execute four Communist agitators. This Faustian bargain inevitably leads to tragedy.

This controversial, nearly forgotten East German film was pulled from screens only weeks into its release and suppressed for over thirty years by Communist authorities, who deemed it too sympathetic to Albert's character. Today it's clear that director Harnack (who was in the anti-Nazi resistance) only creates a measure of understanding for his pathetic butcher protagonist to convey an ugly truth: that in the midst of privation and oppression, ordinary people can become sufficiently desperate to do the unthinkable. Viewed in its proper context, this disturbing, often chilling drama seems ripe for re-discovery.